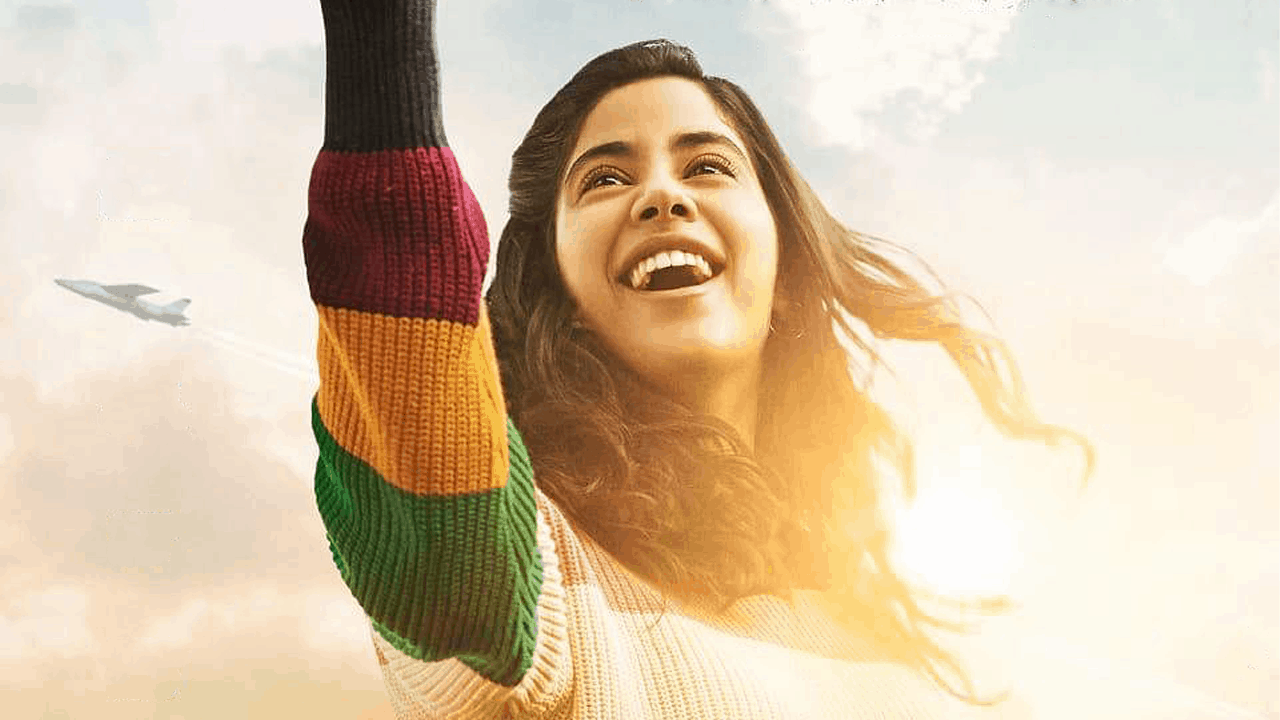 Gunjan Saxena – The Kargil Girl is another in the slew of unremarkable biopics in the past few years. The story of a woman in a male-dominated profession is needed, but the film’s cut and dried execution leaves much to be desired.

The film follows the real-life struggles of Gunjan Saxena, (Janhvi Kapoor) as she wages a war against gender roles and expectations by becoming the first Indian female pilot in combat.

Saxena’s dream of becoming a pilot, from a young age, is supported by her father, Anup Saxena (Pankaj Tripathi), but not her brother, Anshuman Saxena (Angad Bedi), or even her mother, Kriti Saxena (Ayesha Raza Mishra), one of the few female characters in the film.

Saxena overcomes several problems to get into the Indian Air Force, but her real trial begins when she has to train in the male-dominated Air Force Academy, where she is brought face to face with the misogyny entrenched in our society.

Janhvi Kapoor as Gunjan Saxena gives a bland but passable performance. Her take on the role is neither nuanced nor powerful. Her dialogue delivery feels forced, and her expressions, wooden. The inherent sadness in her resting face saves her performance from being cringe-worthy.

Pankaj Tripathi, as Gunjan’s progressive and doting father, once again, steals the show. He is captivating in each and every frame that he is present in. His performance keeps you hooked and unwittingly brings a smile to your face.

Angad Bedi’s Anshuman Saxena, Gunjan Saxena’s brother, seems superficial. He tries to have the complexity of a grey character but is yet another one-note misogynist.

Sharan Sharma gives decent directorial debut. His methods are cliched and unoriginal but he has surprising confidence, for a newcomer in the film industry.

The film has a wobbly start but takes off in the second act where Saxena actually fights against discrimination in the workplace.

The film has some surprisingly good dialogues in certain scenes in the film. At one point, the Flight Commander dismisses the class Saxena was in by saying “Well done boys!”. This simple, single line conveyed more than several other melodramatic scenes combined. Unfortunately, such instances are very rare in the film.

Manush Nandan handles the camera expertly. The montages in the film are shot beautifully. The usage of shaky-cam in the war scenes is not overdone. Even the conversations in the film look good.

John Stewart Eduri’s score, though great, is unneeded and force-feeds us the emotion in the scenes.

Gunjan Saxena’s biggest problem is its script. It is weak and brimming with cliches.

Films focusing on such topics are the need of the hour, but writers Sharan Sharma and Nikhil Mehrotra focus mainly on the blatant misogynist aspects and ignore the casual sexism.

The characters are black and white. Painting characters black and white makes the audience dissociate from the person clearly in the wrong. As a result, we do not question our own actions in daily life and totally miss the point of a message-driven film.

Gunjan Saxena – The Kargil Girl also has very few scenes of actual significance. Otherwise, it’s mostly full of bloated montages, whose only purpose is to fill up the run time to 112 minutes. Without the needless songs and montages, the story is barely 90 minutes long.

If you are in the mood for a feel-good biopic that does not challenge you, Gunjan Saxena – The Kargil Girl is the perfect watch.