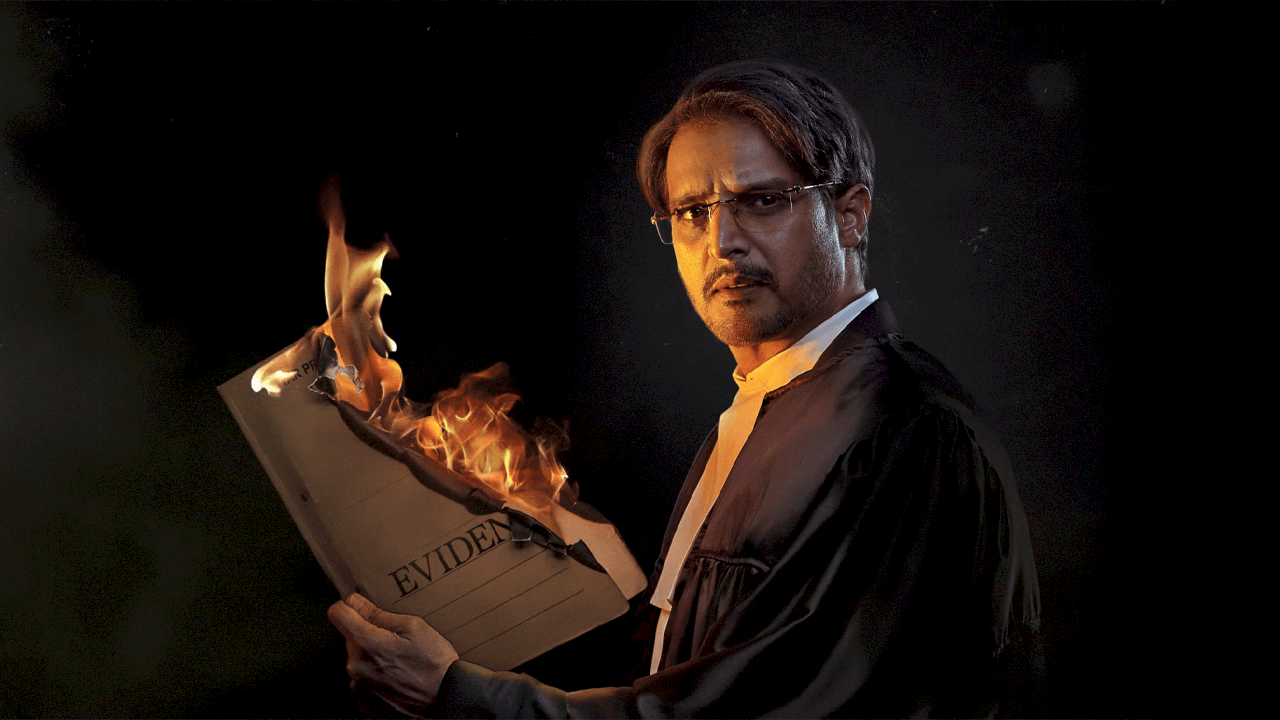 The revamped version of SonyLIV has come out with a truly delectable maiden original, Your Honor, which is a unique court room drama with most of the action taking place outside the court. This web series has been adapted from an Israeli web series, Kvodo, and is a perfect tale of good vs. evil. It displays many shades of fear, guilt, suspicion and frustration unmasking many vulnerabilities among humans.

Bishan Khosla (Jimmy Sheirgill) is a righteous judge in Ludhiana court whose teenage son Abeer Khosla (Pulkit Makol) gets involved in a hit and run accident. The crash causing grievous injuries to a kin of the dreadful Mudki family.

Khosla, on knowing about this incident, ropes in his old friend Kashi Samthar (Varun Badola), a Deputy Commandant in the CRPF, to help him get out of this mess.

Khosla and Samthar’s plans go awry with serious consequences. With cops breathing down their neck, and rival gangs lead by Harman Mudki (Kunj Anand) and Pandit (Yashpal Sharma) locking horns to settle old scores, the judge has a lot to handle.

The noose gets tighter as minutes tick by and Khosla tries to save his son from everyone using his legal skills.

Jimmy Sheirgill is the life of Your Honor. He successfully maintains that composed and balanced look throughout the story which is not an easy task. His performance is spotless.

Mita Vashisht as inspector Kiran Sekhon plays another powerful character. She nails it in her own capable way and adds a lot to the narrative. Pulkit Makol as a perturbed and confused teenager who gets torn between reality and drama gives out a decent performance.

Varun Badola too has done a great job and makes a strong impact. Yashpal Sharma as Pandit pumps more variety with his hallmark countryside dialogue delivery and expressions.

It’s not an easy task to adapt an exogenous story without disturbing its original theme conceived by Shalom Mashiach and Ron Ninio. Your Honor is a perfect treatise on effective story telling without attempting anything extraneous to deviate from the main plot.

Ishan Trivedi has done a tremendous job in this aspect with good composition of suspense, drama and thrill. The series also throws light on the on father-son relationship giving it a unique perspective.

The deft handling of Your Honor by director E. Niwas is brilliant. His immaculate style of presentation is an asset to the whole series.

Kaushik Das’ flawless editing has given a sharper pace to Your Honor. The background score by Czech music director, Karel Antonin, is an icing on the cake.

Stealing arms from a CRPF armoury in very a simple way is far from factuality.

Some of the scenes between Khosla and Samthar are over dramatized. Nothing is shown to substantiate the bond between them even though a major portion of story revolves around their relationship.

Abeer’s character is also left half-baked as his loneliness and quest for love and affection are not exploited fully.

Irrefutably, Yes. Your Honor has a pulsating narrative with life size characters played brilliantly by highly competent actors. This web series can easily be touted as one of the best Indian thriller in recent times.

Also Read: The Casino review: Glitz and Glamour without soul

World War I drama ‘1917’ to premiere on SonyLIV

Abhishek Bachchan starrer Breathe: Into The Shadows set for premiere