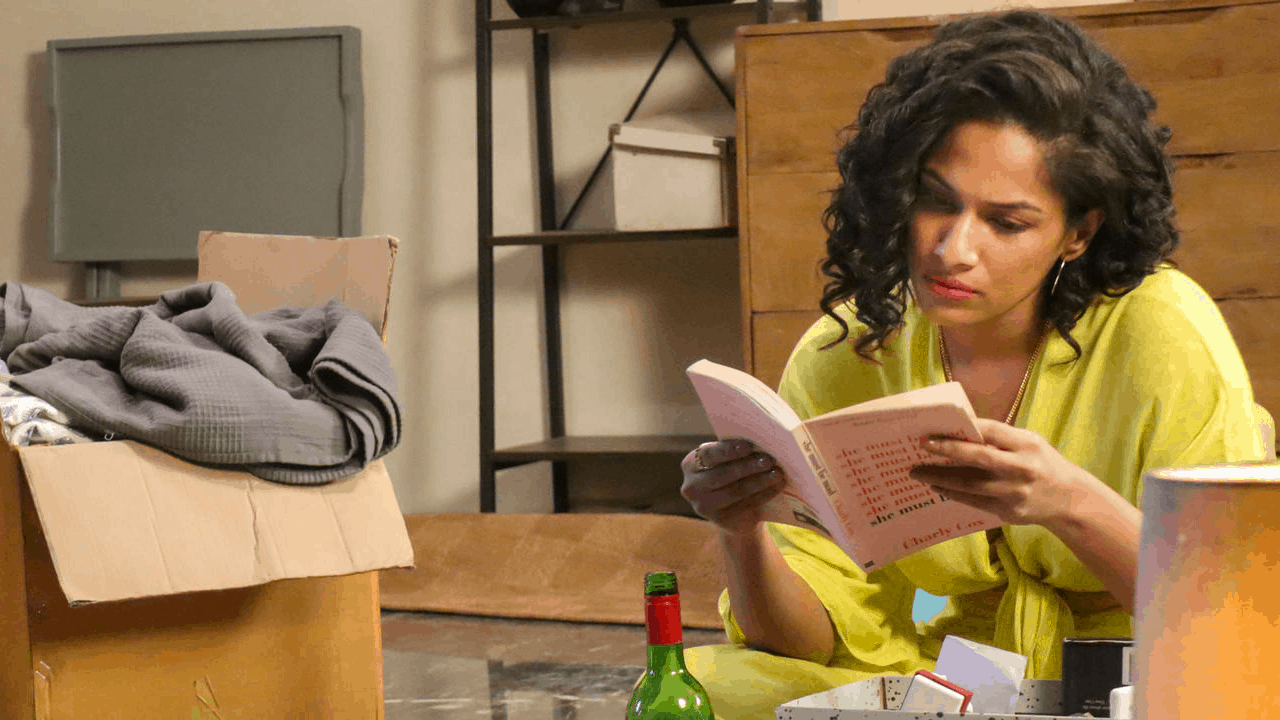 Even with all the innovation streaming platforms are known for, few would have expected a semi-fictional web series about a celebrity, led by the celebrity herself. The concept is so unique, some thought it was a reality fashion show. Instead, what you get with Masaba Masaba are six episodes of entertainment bundled with lessons on life.

Masaba Gupta begins with the celebrity fashion designer’s high-profile divorce. As she tries her hardest to cover up the news in the media after a blind item brings up the rumour, realisation soon dawns on her that she’s only delaying the inevitable.

What follows is her attempt to get back up and get on with life. However, things aren’t always that smooth. With different problems piling up and Masaba struggling with her own independence, where is this headed?

One might argue that it’s easier playing yourself, but that shouldn’t take away from a stellar performance. Masaba is just so comfortable on screen you would easily forget that it’s her first role as an actor. She manages to hit all the right notes in her debut; it’s the genes, isn’t it?

Speaking of genes, her mother Neena Gupta is pitch-perfect, and the two are easily the strongest point of the web series. Whenever the two share the frame, their mother-daughter chemistry just lights up the scene.

Neil Bhoopalam also holds his own as the investor Dhairya Rana, who’s constantly after Masaba for the release of her new collection, and Rytasha Rathore is also decent as Masaba’s outspoken best friend Gia.

To add to this, Masaba Masaba has numerous cameos for fans to look out for.

Apart from the strong performances, Masaba Masaba has a lot going for it. Comedy is not a genre that’s easy to tackle, but the humour is high with this one. Director Sonam Nair, and writers Punya Arora, Nandini Gupta and Anupama Ramachandran manage to create a highly engaging world where the jokes land. The pacing is perfect with six episodes, you won’t be bored for a second.

Despite the whole setting, the series also manages to invoke emotion. It’s hard not to feel bad for Neena Gupta when she’s out of work or be filled with joy when Masaba helps her out. You’re constantly left rooting for the duo at every stage.

It’s not all about entertainment, though. The relatability factor is high with Masaba Masaba. Through the young woman, the viewers experience common issues that many go through. They’re given a sense of comfort, that it’s okay to have problems, as long as you have the courage to face them. As Neena Gupta puts it in one scene, these issues are what give life “flavour”.

There are some loose threads scattered in the Masaba Masaba’s narrative. For example, it’s never clearly explained why Masaba and Vinay decided on a divorce.

There’s also unwillingness to dive deeper into Masaba’s past, which could have done wonders to her character. Instead, viewers are only left with whatever they see happening in the show.

It’s not every day you get a well-executed comedy with worthwhile lessons. Watch it for the performances and the high entertainment value. Masaba Masaba might be a “hot mess”, but who decided that’s bad?