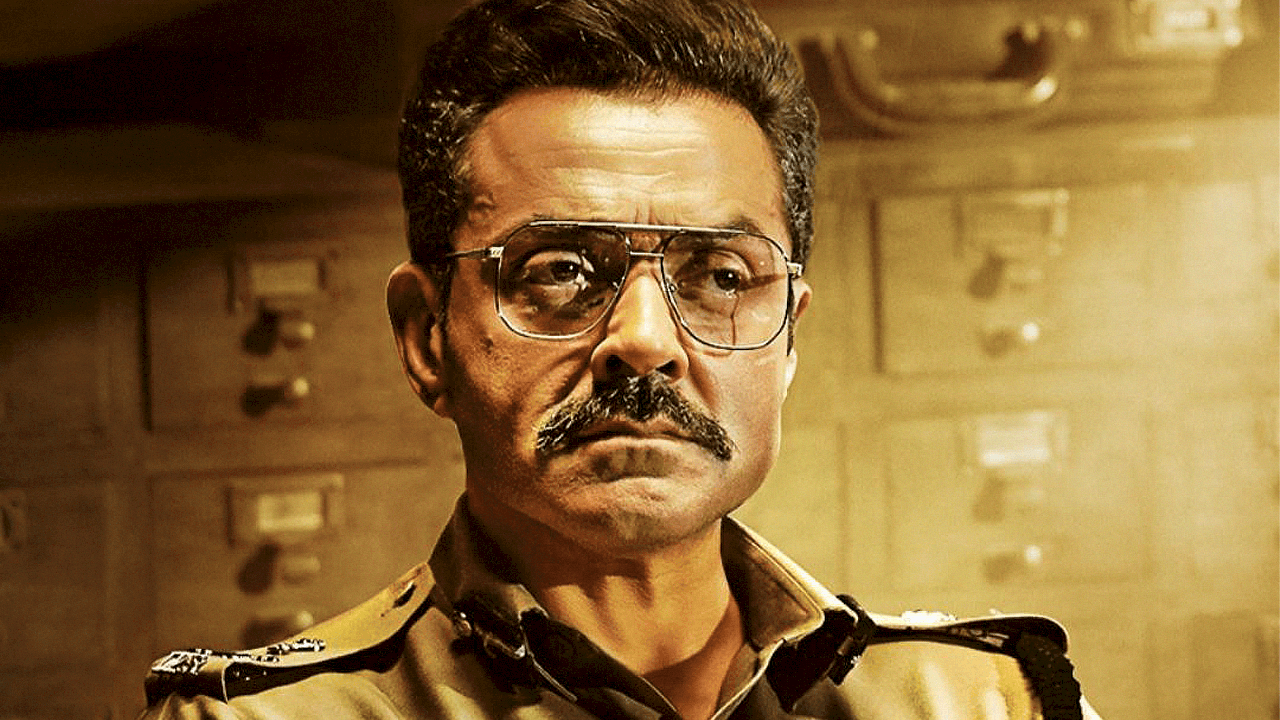 India’s police force is infamous for its brutality and deep-rooted corruption. This year, this issue gained some traction all over the world, but clearly, Bollywood did not get the memo. Class of ’83 is yet another abysmal tale of vigilante justice carried out by the very people who swear to uphold the law and protect the citizens of the nation.

Loosely inspired from Hussain Zaidi’s book, ‘The Class of ’83: The Punishers of Mumbai Police, the film is about top cop, Vijay Singh (Bobby Deol) who is ousted from the Mumbai police force and is sent to Nashik to become the Dean of the Police Academy as a ‘punishment posting’.

He resolves to destroy the corrupt politicians and gangsters in Mumbai by training these five students to become an elite squad of lethal hitmen inside the police force, who would kill anyone they deemed worthy, without involving any senior officers.

Bobby Deol tries to make a comeback as a leading man in this age of streaming services and fails, miserably. Unfortunately, this is a forgetful role. Deol’s take on Vijay Singh is unimpressive.

Singh is yet another hard-as-nails, stoic cop, who doesn’t go-by-the-book. This iteration of the bad cop is depressed and suicidal with a backstory that seems to be inspired by the character of Martin Riggs from Lethal Weapon (1987). The role offered Deol ample chances to prove himself but they were all squandered.

Debutantes Sameer Parajanjape, Hitesh Bhojraj, Bhupendra Jadawat, Ninad Mahajani and Prithvik Pratap are mediocre and their performances are, at times, virtually indistinguishable from each other.

The cinematography by Mario Poljac is intriguing. The film has a grainy, gritty look, instead of the digital look. The colour-grading by Siddhartha Gandhi also makes the film seem as though it were shot in the 80s. A few scenes even contain real footage from the time period. This is a creative directorial choice by Atul Sabharwal that might be appealing to some people.

Films usually focus on story or characters, great films have both. Class of ’83 had neither.

Kicking off with the story and screenplay, screenplay writer, Abhijeet Shirish Deshpande, somehow manages to make the most conventional choice in every single scene, character and story arc.

Director and dialogue writer, Atul Sabharwal, who had made the atrocious, ‘Aurangzeb’ (2013), added fuel to the fire with his clunky, expository dialogue and boring narration. At one point, Deol says “Mera blood group B positive hai” as a reference to him being an optimist.

Sabharwal starts the film with a Plato quote and references interesting philosophies throughout the film, but these are just empty promises of a better film that we never get to see.

To further exacerbate the situation, the film’s stance and dialogues are problematic, to say the least. The film’s motto is the often-repeated line, “Kabhi kabhi Order bane rakhne ke liye Law ki bali chadhani padti hai”. Instead of presenting the story and its flawed characters as they are, Class of ’83, like the barrage of Bollywood films in the past few decades, glamorizes and glorifies rule-breaking ‘bad cops’.

The film has several unnecessarily graphic scenes which seems to just be added because it is an OTT release.

Viju Shah, music composer of films like Don (1978) and Gupt (1997), returns after 14 years. Unfortunately, the score was the last nail in the coffin. It is generic at its best, and a tonal mismatch at its worst.

Sabharwal makes a huge mistake when he directly refers to a similar Clint Eastwood’s classic, ‘Dirty Harry’ (1971), as it reminds the audiences of the far better films they could spend their time watching.

In a nutshell, this film is only tolerable if you are a diehard Bobby Deol fan.