“The more you know about the past, the better prepared you are for the future,” Theodore Roosevelt once said. As important it is to celebrate the successes of our nation, we should be aware of the big hits, especially when it involves losing ₹500 crore to a scam.

There was once a man whose influence on the stock market was unparalleled. His lifestyle lavish and ambitions limitless, but the route he took devastated the economy and the storm swept him away as well.

The Securities Scam of 1992 is being recreated by SonyLIV in the form of a web series. But the question remains, what really happened? What were the true events that inspired Scam 1992: The Harshad Mehta Story?

Seeds of a scam

Harshad Shantilal Mehta, born in 1954, didn’t have the most luxurious beginning. Brought up in a middle-class Gujarati family, he moved to Mumbai after completing his schooling from Raipur.

After concluding his B.Com degree from Lajpat Rai College, he started taking up odd jobs, mostly in sales. As if a stroke of fate, he one day landed a sales job at The New India Assurance Company.

This is where Mehta acquired his interest in the stock market, something that would one day result in what was called “the biggest fraud in the history of the country. And probably the world,” by the prosecution panel of his case.

After leaving his job to join a brokerage firm in 1981, Mehta quickly began making a name for himself. By 1990, he was considered a kingpin in the stock market.

In the world of stocks, a ‘bull’ is defined as a stock market speculator who buys shares for a short term with the expectation of a rise in value to gain a quick profit. Such was his image in the market, that Mehta earned the moniker ‘The Big Bull’.

He was nothing less than a celebrity, frequently covered by publications. His flamboyant lifestyle was also a popular conversation. Not everybody had a house worth over ₹10 crore (worth a lot more at the time) and a fleet of fancy foreign cars, after all.

All that he achieved was by exploiting the system through various different scams, including fake bank receipts (BR), which were not issued against any government securities. Through two small banks, Bank of Karad (BOK) and Metropolitan Co-operative Bank (MCB), he arranged these BR.

Using the worthless BR, he borrowed money from other banks, which he used to buy a huge amount of shares at a premium. This resulted in massive increases in share prices.

One of his favourite companies, Associated Cement Company (ACC), saw its shares going from ₹200 to ₹9000 over three years. Yes, that’s an increase of 4400 per cent!

The Big Bull ran rampant for years, even being called the “the Amitabh Bachchan of the trading ring” by fans. But his exploitation was finally uncovered in 1992.

Sucheta Dalal, an editor at the Times of India at the time, broke the story after a tip-off from an acquaintance on the summoning of Mehta by the State Bank of India (SBI) asking him to pay ₹500 crore. Not one to forego his lifestyle, he arrived at the bank in his Toyota Lexus which, at ₹40 lakhs, was one of the most expensive cars during a time where the economy was just opening up.

Finally exposed, he was put behind bars. But The Big Bull left countless in his wake who ended up losing a fortune, and left a huge dent in the economy.

Mehta, himself, perished at the age of 47 in jail in 2001, having only been convicted of 4 out of the 27 criminal charges against him. The cases only continue to drag, even over two decades after the scam.

Dalal, along with her husband Debashis Basu, authored the book ‘The Scam: Who Won, Who Lost, Who Got Away’, which analyses the entire scandal.

Bringing the scam to screens

Both titles releasing so close to each other will be a challenge, with differences and similarities sure to be scrutinised. Who will come the closest to execution and accuracy? Let’s wait and binge-watch. 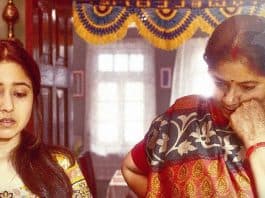 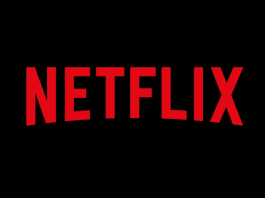 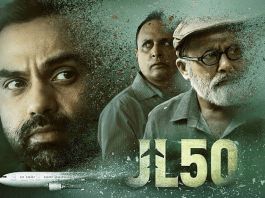 Is JL50 the turning point that India’s sci-fi genre needs?