The Perfect Date: A Noah Centineo rom-com that is delightful yet far from 'perfect' 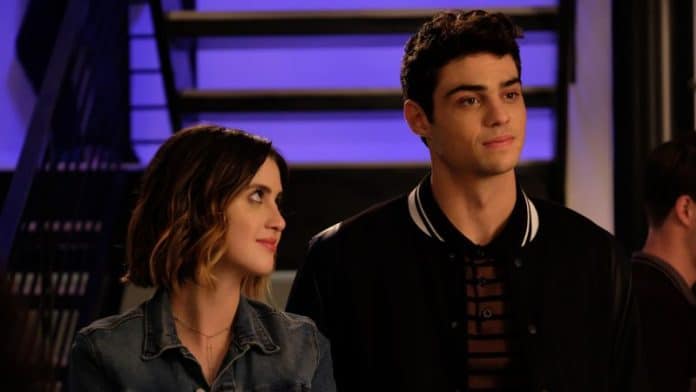 In the library of endless Netflix originals rom-coms, The Perfect Date is the latest addition. The movie, starring Noah Centineo (Netflix’s go-to rom-com hero) and Laura Marano as the lead actors, falls flat into the genre.

Netflix has achieved plenty of success with their Young Adult movies – The Kissing Booth, To All the Boys I’ve Loved Before – and continues to do so with this movie which is an adaptation of Steve Bloom’s novel The Stand-In.

But, there is something different about this one in comparison to Centineo’s  first movie (To All the Boys I’ve Loved Before) as I, along with young adults all over the world, were compelled to watch the movie again.

The Perfect Date fails to enchant the audience enough and despite a few memorable scenes and a few jokes, it becomes a movie that is entertaining enough for you to watch just once and forget about it.

The coming-of-age movie centers around Centineo who plays Brooks Rattigan, a hard-working high school teen whose ultimate dream is to attend Yale. The movie centers around this ambition of his and how he raises money needed for the prestigious college. He then meets Celia Lieberman (Laura Marano) and gets paid by her father to escort her to a school formal.

This makes him realise the financial opportunity in being a non-sexual escort or ‘date’ to rich, lonely girls and together with his best friend, Murph (Odiseas Georgiadis) creates an app The Stand-In that lets girls book him for a date. It then turns into a montage as he becomes a salsa dancer, an astronaut, a rodeo cowboy as well as a jerk boyfriend – all for money.

As Brooks flies through each date and his dream of going to Yale nudges closer, he begins to lose sight and perspective on his relationships with his father played by Matt Walsh and Murph. While losing himself in the world of glitz and glamour, he meets Shelby (Camila Mendes) and tries to woo her even though his sizzling chemistry with cool girl Celia makes it evident to anyone else that he is meant to be with her.

The movie makes Brooks’ journey of self-realisation and discovery of love as the theme which is certainly progressive for a rom-com as the genre tends to focus more on the love story than the character development of the male lead nonetheless.

However, the love story between Brooks and Celia is undeniably cliché but a highlight of the movie. Marano is adorable as Celia, the stubborn and deadpan girl who falls for the clueless, nice guy Brooks. The two characters’ different personalities makes for a heart-warming combination of love and plenty of aww moments.

The movie undeniably adds to Centineo’s roster that reaffirms his position as the ultimate boy-next-door: who gazes at his women adoringly and does not fail to treat every woman with respect and admiration (every young woman’s dream honestly).

He does the role with charisma and his personality shines throughout it which does not make it hard to believe why he is Hollywood’s next big thing; it also helps how easy he is on the eyes. He is undoubtedly the star of the movie and carried it off with panache.

You can watch it on Netflix now