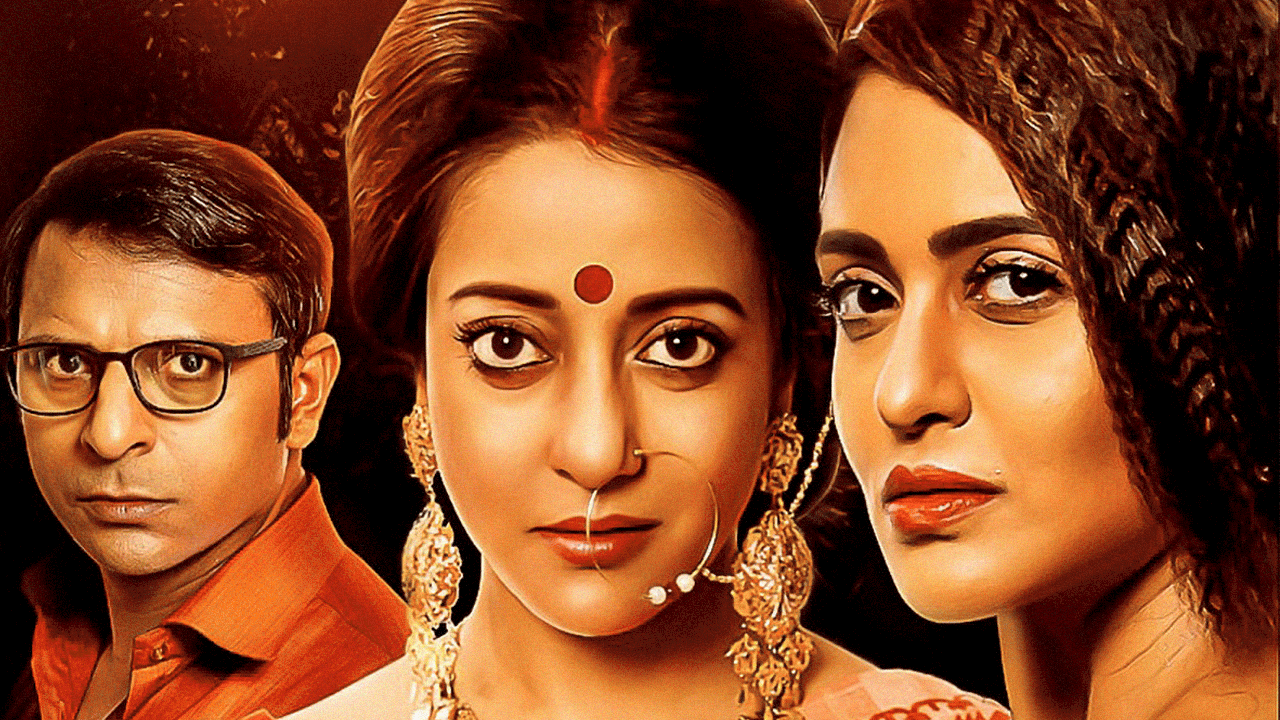 Bengali is so much more than Rabindranath Tagore and Satyajit Ray! In today’s time and age, when mainstream digital entertainment is making leaps and bounds like no other, how far can regional languages be behind? The medium of entertainment has changed over times and so has its content.

As audiences move from theatres to television to streaming, their interests shift from melodramatic plays to daily soaps to interesting Bengali web series.

From lesbian relationships in conservative joint families to love stories of Red-light areas; from traditional adaptations to innovative experimentations, Bengali OTT entertainment, much thanks to Hoichoi, has grown boldly over the years.

Here’s our list of 10 must-watch Bengali web series, that is as diverse in genres as a Bengali mishti platter! Because there is so much more in Bengali than only Dhaak, Dhunuchi, Durga Pujo, Howrah Bridge and not to miss out, Roshogolla!

Produced by Shree Venkatesh Films, Hello is a Bengali drama thriller web series that revolves around the personal dynamics between Nandita, the daughter-in-law of a wealthy zamindar family set in contemporary times, her absentee husband, Ananyo, and his mysterious mistress Nina.

When Nandita, a seemingly innocent and naive woman receives an anonymous sex tape of Ananyo and Nina, she entangles herself into a whirlpool of consequences that is little known to her. ‘Hello’ utilises the grandiose Bengali icon, Durga Puja, complete with all its rituals, that invokes a stark contrast between the pious Nandini and the promiscuous Nina.

Adapted from Rabindranath Tagore’s short story of the same name, Manbhanjan is a two-part Bengali web miniseries. Set in British Calcutta, the story revolves around the wife of a Zamindar who breaks the shackles of her marriage and sets out to create her own independent identity.

Giribala feels stifled in her marriage with Gopinath, who has fallen out of love with her and has now resorted to vices like alcohol and adultery. When Gopinath’s affair with renowned theatre actress, Labanga, dawns upon Giribala, she makes a bold move to emancipate herself.

Dhanbad Blues is a fictional mafia Bengali web series that centres on the life-changing thrilling experiences of a failed film director, Mrinal Sen, who gets an opportunity to shoot a film in the troubled regions of Jharkhand. When he agrees, little does he know that his life is going to change forever.

Will Sen succumb in being a victim to the system? Or will he fight and land himself with the other power-mongers?

Hoichoi’s Bengali drama web series Montu Pilot chronicles the life of a broken young man, Montu, who was raised by a brothel Neelkuthi, after the death of his mother, who was a sex worker.

Montu is entrusted with the responsibility to recruit girls into this business when he comes across Bhromor, a simple village girl sold to the brothel. Eventually, when they both fall in a saga of forbidden love, it becomes difficult for them to try and escape the quicksand of Neelkuthi and flesh trade.

As the name suggests, this Bengali detective web series is based on the cases of Byomkesh Bakshi, a fictional Bengali detective created by esteemed Bengali writer, Saradindu Bandyopadhyay. Accompanied by his loyal friend, Ajit, the web series follows the life and adventures of the sleuth as he discovers clues and unravels mysteries.

Famous stories like ‘Raktamukhi Neela’, ‘Shajarur Kanta’ and ‘Tetallisher Monwantor’ has been critically acclaimed by the audience. Hoichoi is the first OTT platform to host the Byomkesh series.

A musical detective thriller that released this year in parts, first on 26th June and second on 3rd July, Tansener Tanpura revolves around two young musicians Alap and Shruti, who crack down riddles to solve and locate great ancient musician, Tansen’s Tanpura, which was a King’s gift to Shruti’s maternal grandfather.

While solving clues related to classical music melodies, ragas, both of them reach Shruti’s maternal grandfather’s place, Anandagarh, to locate the missing Tanpura. The soundtrack of the series is particularly most appreciable, with the right amounts of classical music, soulful qawwalis and peppy contemporary numbers.

Cartoon, a psychological-horror series, is about the life of a graphic artist, Aritra and his fiancée Jiniya. Over time, strange occurrences continue to happen inside their new apartment like Aritra’s cartoon pages getting erased mysteriously.

The couple consults a paranormal expert who suggests the presence of a supernatural spirit inside the house. Upon the latter’s death, Aritra and Jiniya’s lives are thrown into chaos, only for a shocking revelation to follow.

Hoichoi’s horror series, Chupkotha 2 is the sequel to the horror film, Chupkotha. The series like the film revolves around a woman, journalist by profession who falls into a deadly quagmire while investigating a murder case.

When she realises that the murder victim is someone close to her, her personal and professional life intermingle in a difficult mystery from which she can not escape. The series contains elements of Coulrophobia.

A light romantic drama, Paanch Phoron packs a flavourful recipe of a dish called Love. Five discrete stories, connected together with a common themes of love, care and understanding.

From a shy schoolgirl of a suburb, to an urban love triangle, from childhood lovers to sacrificial children, the anthology of episodic stories bring out the different aspects of life and love.

Hoichoi’s crime thriller, The Nightwatchman revolves around a shy, loner, introvert man, Nishith, who after living a prosaic life of bullying and insults, joins an assassination organisation that makes and means dark business.

The lucrative job offer requires the man into doing what can have consequences. Will Nishith fall and lose himself in it? Or will he emerge to safety after realising the trap? The psychological narrative is gripping.