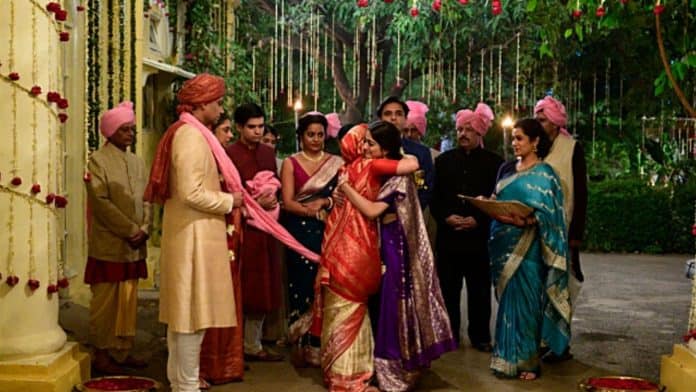 A Suitable Boy has a lot of characters. Quite a lot. There are probably enough characters to fill an Indian railway coach.

Based on Vikram Seth’s 1993 book of the same name, the series opens on a scene of a girl animatedly feeding a monkey in a place called Brahmpur in the year 1951. In comes an elderly lady shouting out her name: Lata. To which the young girl replies, “Coming, Ma!”

While it was easy to determine the names or identities in the above instance, there are quite a lot of occasions in the series when characters appear out of the blue. Many such characters seem terribly important to the storyline too.

In a feature on the key differences between A Suitable Boy series and book, it was mentioned that a voiceover introducing the characters in the series could have helped in this regard since even after reading the book, it was tough to place a few characters without them being introduced in the normal course of conversation in the series.

It is certainly confusing for the unsuspecting audiences, in such cases, to make head or tail of these sudden new additions to the series. Keeping in view this issue, here is a ready reckoner for you to follow while watching the show.

The names of the following characters are in order of their appearance in the series, together with a brief description of their personalities as portrayed in the series.

Full list of actors and the characters they play

Tanya Maniktala as Lata Mehra, an opinionated student of English at Brahmpur University whose mother is searching for a suitable boy to get her daughter married.

Mahira Kakkar as Mrs Rupa Mehra, the widowed mother of Arun, Savita, Lata, and Varun, whose biggest worry in life is to see all of her children ‘settled’.

Vivaan Shah as Varun Mehra, the youngest of the Mehras, an uncertain ‘Shamshu’ loving derby enthusiast whose luck doesn’t favour him.

Rasika Dugal as Savita Mehra Kapoor, the elder daughter of the Mehras, who gets married to Pran Kapoor. She’s the docile one compared to the spirited Lata.

Gagan Dev Riar as Pran Kapoor, an English lecturer at the University who can be found buried in a book.

Shahana Goswami as Meenakshi Chatterji Mehra, wife of Arun, not quite content with her life as is, the flamboyant queen of Calcutta high society.

Ishaan Khatter as Maan Kapoor, Pran’s younger brother and a happy-go-lucky guy who doesn’t set much store with society’s mores.

Ram Kapoor as Mahesh Kapoor, the righteous Minister of Revenue of the state of Purva Pradesh of which Brahmpur is a city. Father of Pran and Maan and messiah of the poor landless villagers.

Geeta Agrawal Sharma as Mrs Mahesh Kapoor, the emotional mother of Pran and Maan whose life revolves around her family.

Bugs Bhargava Krishna as Professor O.P. Mishra, the rotund head of English department at the University, nicknamed the great white whale by Pran.

Danesh Razvi as Kabir Durrani, a History student at the University, who falls in love with Lata.

Manoj Pahwa as Raja Of Marh, a small princely state in Madhya Bharat. A stick-wielding builder of the Shiva temple which is a bone of contention between the Hindu and Muslim population of the city of Brahmpur.

Vinay Pathak as L.N. Agrawal, the Home Minister of Purva Pradesh who believes that Hindus are supreme beings.

Tabu as Saeeda Bai, a courtesan with whom Maan is smitten and thinks of her as his beloved.

Randeep Hooda as Billy Irani, a friend of Arun and Meenakshi with whom the latter has an affair.

Ustad Shujaat Hussain Khan as Ustad Malik Khan, a famous sitarist who mesmerizes everyone with his deftness at playing the instrument.

Moon Moon Singh as Parvati Seth, Dr Seth’s wife who is nearer her step-granddaughter’s age than her stepdaughter’s.

Namit Das as Haresh Khanna, a London-educated shoe manufacturer and a suitable boy for Lata in Mrs Rupa Mehra’s view.

P.N. Singer as Basil Cox, the head of department at Bentsen and Pryce, where Arun works.

Mikhail Sen as Amit Chatterji, the eldest brother of Meenakshi, a famous poet and a wannabe novelist.

Charu Shankar as Dr Ila Kaul, a strong-willed relation of the Chatterjis.

Vijay Raaz as Rasheed’s father, a small landholder in the village of Rudhia, from where Mahesh Kapoor originally hails.

Mansi Multani as Kalpana Gaur, the daughter of a family friend of Mrs Rupa Mehra, who resides in Delhi and with whom the latter consults for suitable matches for Lata.

Ranvir Shorey as Waris, the manservant of Baitar Fort which is located near the village of Rudhia.

Pradip Mitra as Mr Khandelwal, the Chairman of the Praha Shoe Company where Haresh works, and at whose house Arun meets Haresh for the first time.

Sheeba Chaddha as Kabir’s mother, an mentally unstable lady who lives in the past.

Barun Chanda as Mr Justice Chatterji, of the Calcutta High Court, the Chatterji patriarch who is disappointed in his children.

Also read: 5 revelations made by Kim Kardashian on Letterman