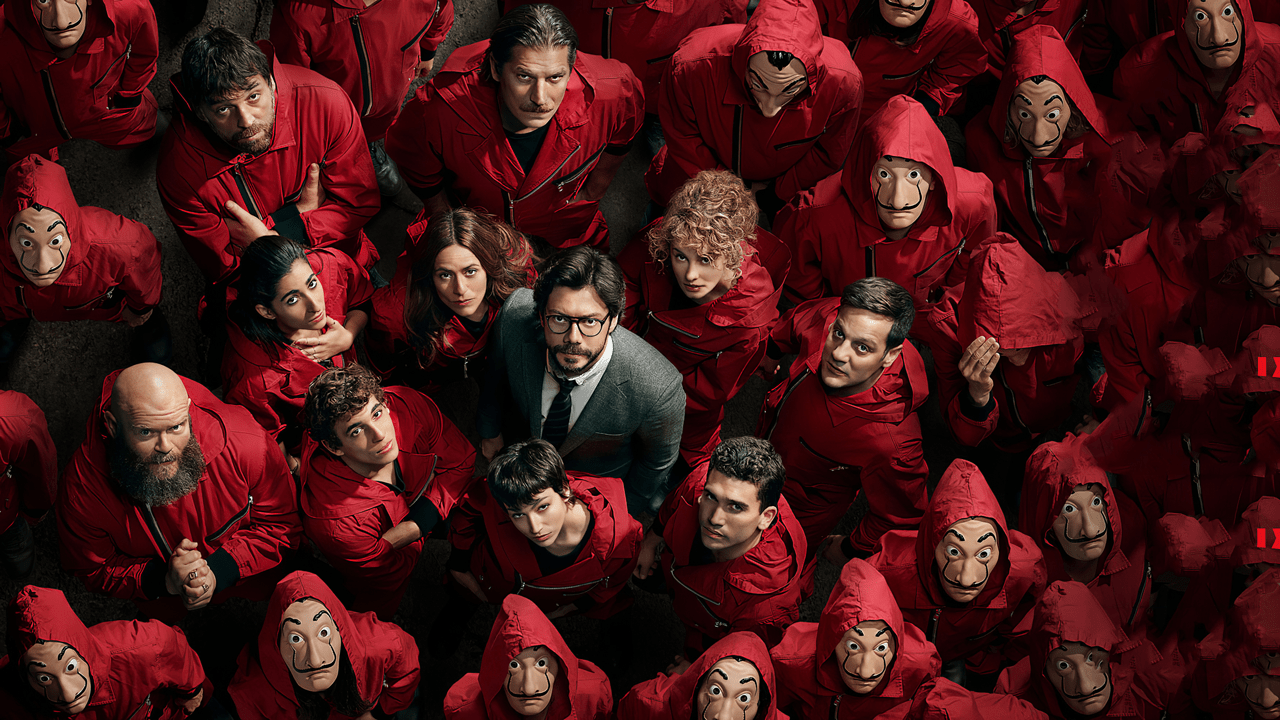 By this time, every popular Indian or American show has been watched a lot. Isn’t it time to explore web series produced in other countries?

In India, shows in foreign languages are not very popular, even though some of these are absolutely brilliant. Watching these web series also helps the audience experience and learn more about the cultures of other countries.

You might want to give these web series a chance, but it is imperative that you start with the right ones; the ones that would make you want to finish them in a day.

If you are looking for something good to watch, a foreign show perhaps that may not have been the talk of the Netflix-town in India, we have something in store that might interest you. Keep your subtitles ready!

Here are the best foreign-language web series that you can watch on Netflix:

This is easily considered one of the best web series on Netflix. Money Heist (La Casa de Papel) is based on a gang of criminals who execute one of the biggest heists in history. Led by a mastermind, who calls himself Professor, the criminals break into the Royal Mint of Spain.

Although it has all been planned, things can always go wrong when risks are taken. This Spanish show will make you side with the criminals and applaud their brilliance at every point.

Fauda is an Israeli web series well known for its action sequences. It revolves around a retired member of the Israel Defense Force, Doron. When he finds out that his enemy who was killed by his unit is still alive, he is forced to come out of retirement and join the force again.

What was supposed to be an undercover mission soon turns into a chaotic manhunt by Doron’s unit. This psychological thriller was so successful that an Indian remake of Fauda has been planned.

Dark is a German science fiction thriller that will keep you on the edge of your seat. In Germany, a fictional town, called Winden, witnesses the aftermath of the disappearance of a child. However, the disappearance is not the only strange thing.

When the investigation takes place, secrets and unexpected connections lead people to discover a time travel conspiracy that has existed for years. Dark will make you question the power of time and how it affects human existence.

Elite is a Spanish high school drama that it is anything but typical. It tells the story of three working-class teens who get admission in an elite high school of Spain. Even though they have been chosen to study in that school, it is not easy for them to fit in with the wealthy students, who are unwilling to accept outsiders.

Their differences seem petty until they lead to a murder. This drama also questions the class differences prevalent in society and their negative impact on people.

Occupied is a Norwegian show that explores a political issue that has not been discussed as much, that is environmental politics. In the near future, due to the environmental problems, the Norwegian government stops all oil and gas production, which results in a world crisis.

Supported by the EU, Russia then invades the country, but that only starts other political conflicts. This web series is for people who enjoy understanding international political agendas.

Based on the life of a prosecutor, Hwang Si-mok, who has lost the ability to feel empathy, Stranger is a Korean web series that follows the investigation to catch a serial killer. Hwang Si-mok is joined by a police lieutenant and promises to catch the killer within two months.

However, the corruption in his department and his reputation makes people question his abilities. The web series deals with complex human emotions while keeping the hunt for the killer interesting.

Into the Night is a Belgian science fiction web series that makes one grapple with the possibility of what happens when the life-sustaining Sun becomes destructive. A plane full of passengers travels at night and they have to fly west as they try to escape the Sun and its destruction.

This search for a safe place tests the people on that plane in complicated ways and they will have to unite in the face of adversity.

Bordertown is a Finnish crime drama. A gifted detective, Kari Sorjonen, takes a job with the Serious Crime Unit in a small town near the border between Finland and Russia. Kari wants to live a peaceful life with his family here, but that does not go well for him.

A series of horrifying murders leave the people of the town scared. Kari will do everything in his power to catch the person responsible, before he causes any more damage.

Also Read: 5 Indian web series based on the army