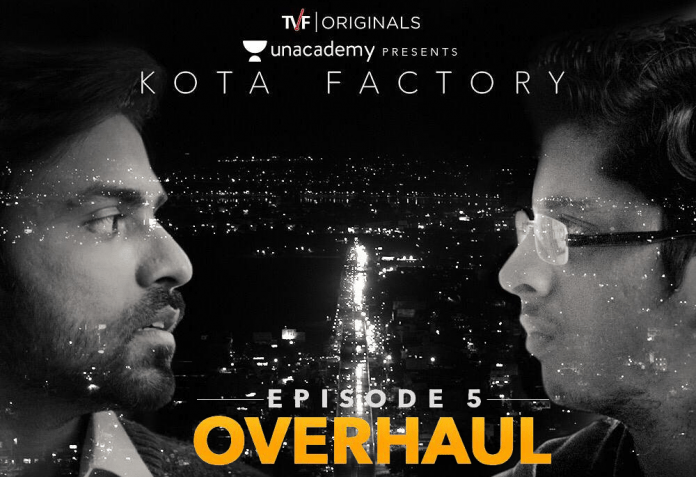 The results come out and Vaibhav gets selected but Vartika does not. It is a situation of choice and confusion for Vaibhav after that. Meena (Ranjan Raj) is totally against the idea of his friend moving out.

His anxiety is visible, and it goes on to show how deep a bond these friends have developed in a short span of time. Jeetu Bhaiya (Jitendra Kumar) has a different opinion and urges Vaibhav to change from Prodigy classes to Maheshwari. His favourite teacher advising him to leave does not sit well with Vaibhav as his confusion increases.

His potential relationship with Vartika also takes a hit. Nerves get the better of him and he fails to talk to her because of the situation. Even Shivangi (Ahsaas Channa) tries to work things out between them but successful conclusions are not in store this time. However, the finale is not all sadness but acts as a wake-up call.

Uday (Alam Khan) follows Jeetu Bhaiya and explains to Vaibhav and Meena that preparing for IIT is the penultimate goal and no matter what, everyone should follow the path which will help them crack the exam. If not, then the fun times they have in the present will turn into bitter memories for the future.

Khan gets a moment in the spotlight with this scene and a more vulnerable, yet wise side of his character pops out for the audience to witness. What this episode does best is to ground the characters and plunge them into an ocean of reality.

And just like that, Vaibhav’s bags are packed, goodbyes are said, promises are made, and he moves to a new accommodation. A montage of Vaibhav and Uday travelling to the new house is gut wrenching and has the potential to effectively connect with the audience.

However, the final scenes have a spark of hope for next season. Vaibhav is shown to have changed a lot for the better since episode one. The colours look bright and saturated for the future.

If you still cannot decide whether you should watch the show, here’s the trailer to help you convince yourself:

If you missed our reviews for other episodes, you can catch them here: