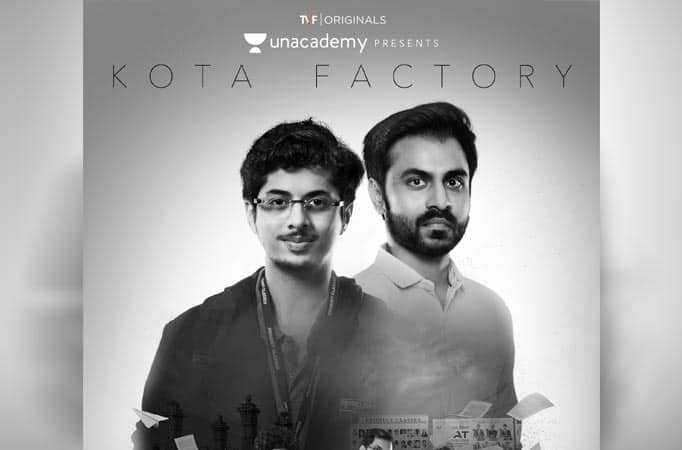 TVF’s latest offering is far detached from the type of shows it’s known for. Kota Factory is similar in essence to Tripling and Permanent Roommates with its lighthearted content, but TVF has also focused on an issue that many are aware of, yet few decide to address: the science stream race in India.

He faces multiple rejections but ends up finding one institute that will admit him. What follows is a humorous introduction to other students- Meena (Ranjan Raj) and Shivangi (Ahsaas Channa)- living in Kota and Vaibhav attempting to get a better batch in the coaching centre.

The actors do a great job in playing relatable characters. More excels as the innocent protagonist desperately looking to prove himself and not lag behind others.

The highlight of the episode is unquestionably Jeetu (Jitendra Kumar), a character who often pops up in the TVF universe. On this occasion, he’s an unconventional physics teacher who’ll definitely play a major role in the whole narrative.

Kumar’s acting chops are at full display as he delightfully imbues the character with likeability. His dialogue delivery is excellent and some of his lines will resonate with a lot of Indians out there.

The whole episode is in black and white and yet there’s a lot of colour. The colour lies in the expressions, relatability of the characters and of course, how well the issue at the centre of the plot has been addressed.

If you’re a current or former science student, Kota Factory will undoubtedly connect with you. Even for others, the plot is simple enough for them to live a science student’s struggle in the rat race through the eyes of Vaibhav.

The show is off to a strong start, but the question is whether the creators can keep the momentum going for the whole season. Kota Factory is an ambitious change from TVF’s usual content, but it looks like the risk might well pay off.

If you missed our reviews for other episodes, you can catch them here: