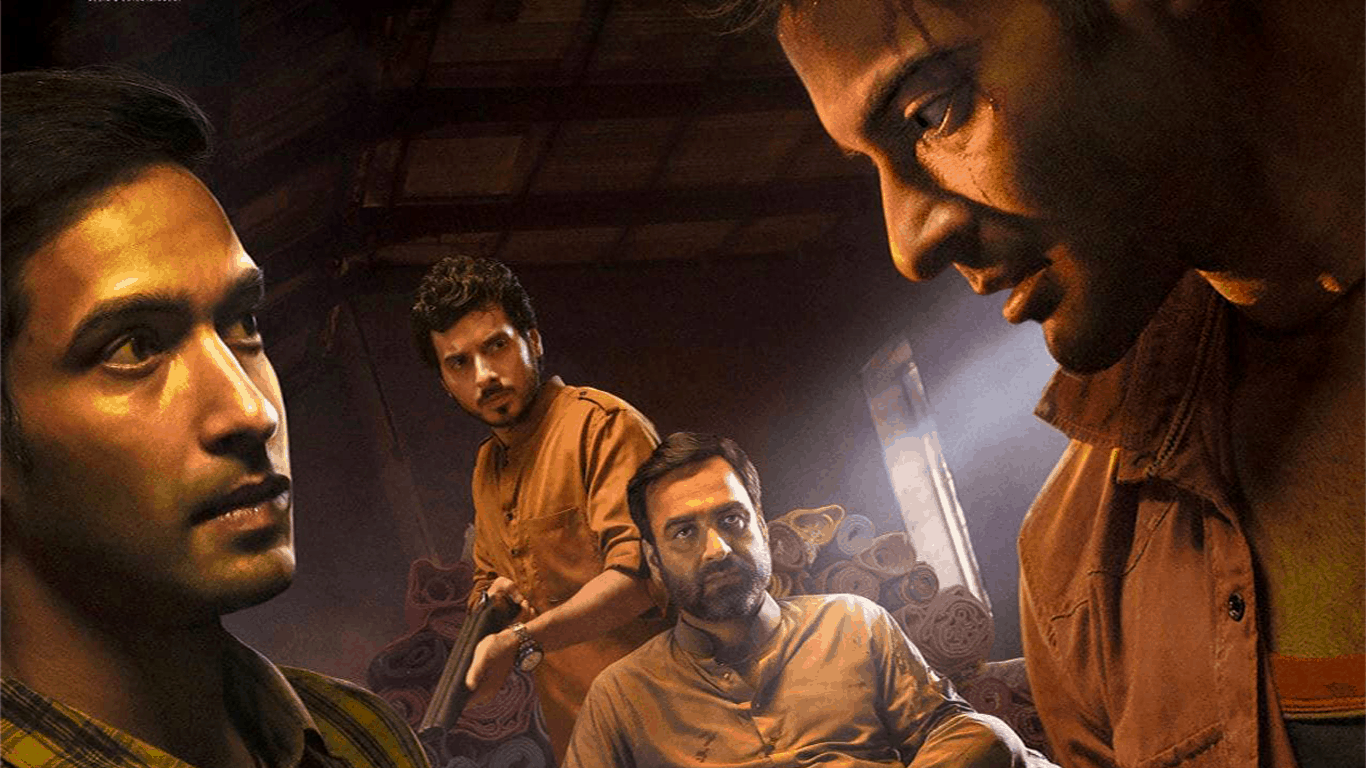 In a crime fiction show, it’s exciting to watch the hero take down the villain on-screen, and sometimes your hero is the villain who needs to be taken down. The cat-and-mouse game keeps you glued to your screens.

Crime dramas keep the viewers engrossed with their lack of predictability and the brilliance with which the crime is committed. To watch a criminal mastermind plot and scheme while committing crimes allows us to experience the thrill.

We all can enjoy a good crime show from time to time. It is never too much to try to crack a case or to see the criminal evade the authorities. Here are some web series based on crime; full of violence, mind games, and lots of blood.

What happens when committing murders is a man’s lucky charm? Vir Das starrer Hasmukh explores this concept. It is a show that revolves around the life of a small-town comedian who is talented, but his talent comes out the best onstage only after killing a person. This comedy takes a dark turn when he starts murdering men before every performance. Ultimately, he becomes a successful comedian and a serial killer.

In Varanasi, when people who have nothing in common start getting murdered, a former forensic expert at CBI is called in to handle these killings with his old mentor. The two men get caught up in a game that is controlled by the serial killer they are trying to catch. The show combines elements of forensic science with the mysticism of Indian mythology. It stars Arshad Warsi and Barun Sobti in the lead roles.

Breathe tells the story of Danny, a man who would do anything to save his son, even if that means taking lives. A crime branch officer starts solving the mystery behind the sudden unconnected deaths of organ donors. To him, these deaths do not look unconnected and they lead him to Danny, who needs an organ transplant for his son. While Danny is determined to save his son, Officer Kabir is determined to put a stop to these deaths and catch the man behind them.

Delhi Crime is a web series based on Delhi gang rape of 2012. It shows the role of the police in catching the perpetrators and closely analyses the steps taken by the police in the process. The show stars Shefali Shah in the lead role; her character leads the team of officers who ultimately catch the criminals. The show is known for its realistic representation and incorporating every detail of the said case.

This critically acclaimed web series is based on the life of two brothers in the city of Mirzapur who get deeply involved with the local mafia. Akhandanand Tripathi is the mafia boss of the city, and his son wants to follow in his father’s footsteps. This world knows nothing but lawlessness, fear, and violence. Mirzapur is one of India’s most popular web series. It stars Pankaj Tripathi, Ali Fazal, Vikrant Massey, and more.

Also Read: 5 Indian web series based on novels you need to watch