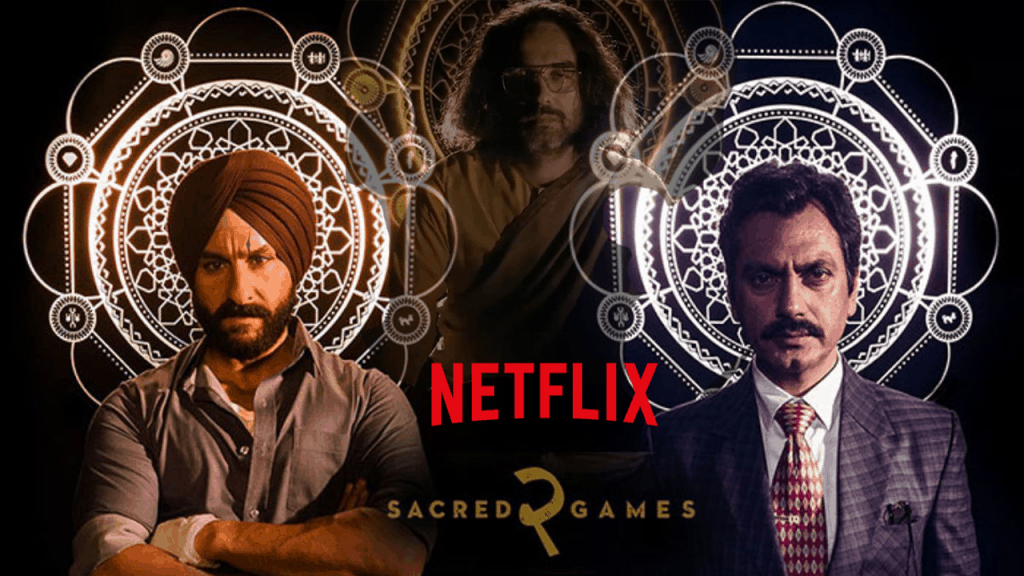 “A new world dedicated to Satvik life will replace the old tamsik world.” It does not matter who you are, the new season of Sacred Games has a life lesson for everyone.

Picking up the missing pieces from where the previous season left them, the parallel stories of Ganesh Gaitonde (Nawazuddin Siddiqui) and Inspector Sartaj Singh (Saif Ali Khan) intertwine in more ways than anyone could have expected.

With a nuclear explosion imminent, the police force is on their toes trying to make sense of Gaitonde’s cryptic message before his suicide. However, in the past narrative, the gangster’s life is flipped on its head.

He is forced to work as a puppet under a fierce RAW agent, KD Yadav (Amruta Subhash) in Kenya. With revenge still on his mind, he is forced to obey to get to his old nemesis Suleiman Isa (Saurabh Sachdeva).

Sartaj Singh, on the other hand, is hell-bent on saving Mumbai while dealing with his personal life problems at the same time. Some shocking discoveries are made, dark secrets are revealed and missing links are fixed as Sacred Games returns with a bang.

Season 2 shines in maintaining the suspense and keeping a gripping narrative throughout its 8 episodes. The characters, new and returning, leave a lasting impression. Pankaj Tripathi is especially brilliant as the mysterious Guruji.

Kalki Koechlin as Batya Abelman, Guruji’s second in command is very believable and adds to the spiritual side of the show. Even though Ranvir Shorey’s Shahid Khan has minuscule screentime, his name is prevalent throughout for the audience to care about him.

Siddiqui and Khan are in top form and both narratives have been directed with precision by Anurag Kashyap and Neeraj Ghaywan. But, even though this season packs a solid punch, it falls short of what its predecessor managed to deliver.

The plot is great but it is too much. Even with 8 episodes, it feels like an unpleasant mouthful sometimes. It does flow quite smoothly, however, it is occasionally difficult to detect the narrative switch from present to past and vice versa.

Another issue with the plot is that it relies too much on Guruji’s preachings, sermons, and teachings. The spiritual knowledge hinging on sacrifice gets a little too overbearing at times. Furthermore, the idea of ending the world to create a better one is something seen too many times before.

The show transforms from a cool gangster story to a much larger being with religious and political conflicts at its centre. It uses the partition in 1947, Hindu-Muslim riots, international relations, and history as motivation for genocide.

The unfolding of events, no matter how hectic they are, keep the viewer intrigued. The action is plenty with lots of death and destruction lurking around the corner. What is surprising is that Mumbai’s fate is left unanswered as this season ends on a cliffhanger as well.

There has been no official confirmation of a third season but that ending demands answers. It feels unfair to go through so much and still not know everything. We’ll have to be patient for answers and keep our curiosities in check. Until then, Aham Brahmasmi.