The death of the patriarch in an affluent dysfunctional family, a resolute cop, a big talented ensemble cast, and a classic whodunit story brimming with relevant social commentary, Raat Akeli Hai reminds us of Knives Out, the 2019 sleeper hit by Rian Johnson but it is much more depraved and gruesome

A headstrong small-town cop, Jatil Yadav (Nawazuddin Siddiqui), is summoned to solve the murder of a powerful politician, Raghubeer Singh (Khalid Tyabji), who was shot and killed on the night of his wedding to Radha (Radhika Apte), his second wife.

In Raat Akeli Hai, everyone in the family has a secret of their own, everyone is a suspect.

Jatil Yadav has to grapple with his prejudices, biases, and the classism and patriarchy entrenched in our society in his quest for the truth.

Raat Akeli Hai is chock-full of explosive performances, which comes as no surprise as debut director Honey Trehan has been an accomplished casting director for 18 years in films like Delhi Belly, Udta Punjab and Tumbbad.

Siddiqui has a magnetic presence on the screen. One cannot take eyes off him even for a second as he sheds his gangster persona for that of an unyielding cop. He does not play the traditional superhero cop we are used to seeing in Bollywood, rather he plays a flawed character with his own insecurities and shortcomings.

Apte is once again exceptional as the femme fatale archetype in a thriller-mystery. She displays a range of emotions. She can be vulnerable one moment and fierce the next.

Tripathi, Srivastava, Dhulia and Raghuvanshi stand out in the ensemble cast as played their parts to perfection.

Trehan expertly creates a feeling of claustrophobia as the film progresses. Smita Singh, writer of the film and fresh off Sacred Games, delivers a script that tackles patriarchy, realistically and without being preachy.

This isn’t Panjak Kumar’s best work behind the camera but it is adequate. The set design is both beautiful and gritty when it needs to be.

Raat Akeli Hai could have easily shaved off 40 minutes and been better for it. Smita Singh adds blatant exposition to certain scenes and deals with sensitive topics with a heavy hand. The film could have benefitted from a bit more subtlety.

This is Trehan’s first film and it shows. He is unsure behind the camera. He includes several scenes that serve no purpose other than to spoon-feed the audience. There are certain sequences where he uses songs and, as beautiful as they are, they undercut the tension in those scenes.

The original score by Karan Kulkarni has the same shortcomings as in the direction. Instead of assisting the emotion in a scene, the score overwhelms it.

Raat Akeli Hai is an adequate whodunit in an industry that is starved for such films. The story loses you at times because of its excess runtime, but then the performances pull you back in. Jatil means complex, which this film tries to be with its layered characters and social commentary but everything complex need not be dumbed down for the audience. Watch Raat Akeli Hai for its rich performances, even though the direction may not be the most impressive you’ll ever see. 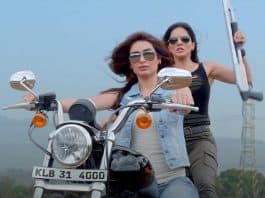 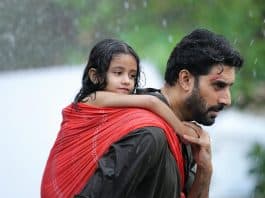 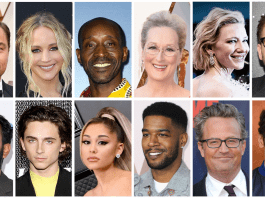