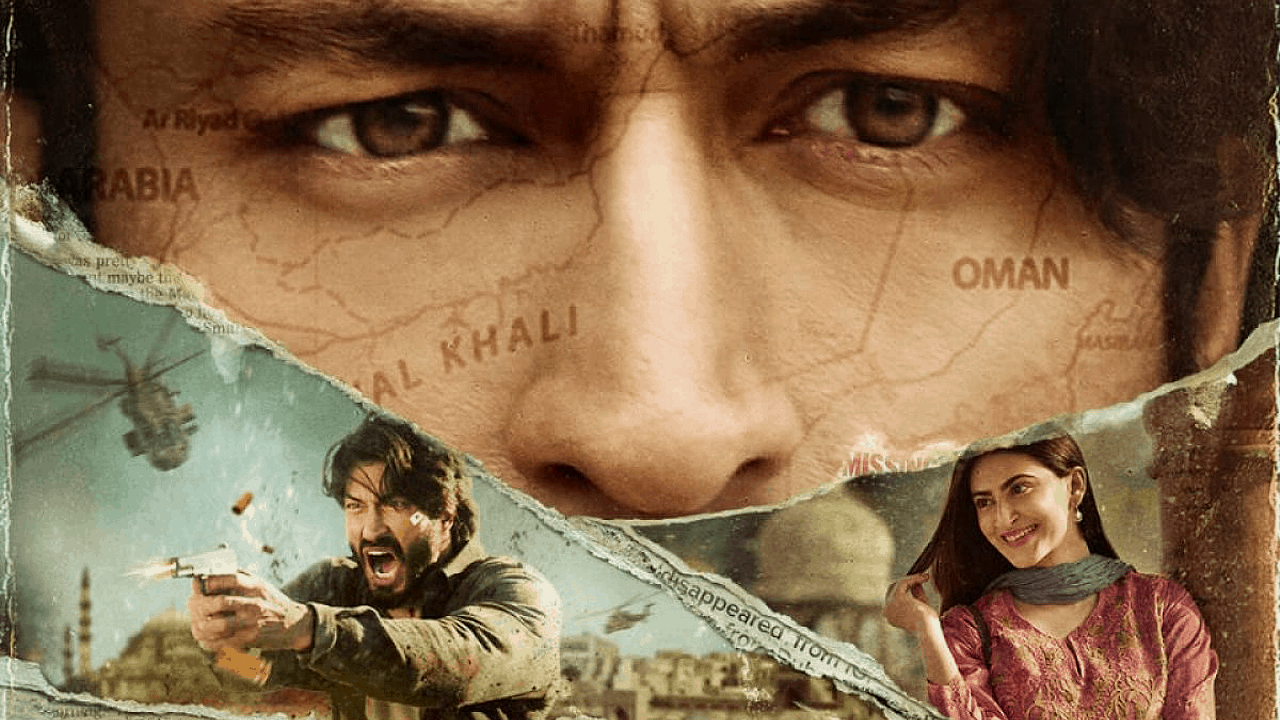 Khuda Haafiz, based on a real love story, is a reminder that when the lives of our loved ones are on the line there aren’t any limits to strengths, emotions, and survival instincts. The film has been directed by Faruk Kabir and produced under the label Panorama Studios and is a part of the Disney+ Hotstar’s First-day First show lineup of Bollywood films.

Set in the year of 2008, we are introduced to Sameer (Vidyut Jamwal) and Nargis (Shivaleeka Oberoi) who jump into an arranged marriage. Things run smoothly for them as they get to know each other balancing their personal and professional life but their love fairy tale is short lived as recession that started from America has now knocked on India’s economic doors, leaving a lot of businesses and employees packing.

While Sameer and Nargis try to figure out a way to sustain themselves without jobs, trouble comes to them wrapped as a ray of hope. Not able to find a livelihood in India, Sameer and Nargis decide to move to Noman in the Middle East for employment opportunities.

Nargis has to fly a few days earlier and goes missing under mysterious circumstances after landing. Sameer who is still processing how his life has taken a terrifying turn starts connecting dots to figure out a way to get his wife back.

His fight to find the love of his life is what Khuda Haafiz is all about.

Vidyut Jamwal proves his critics wrong as his performances focuses on his acting abilities and not action. He plays a common and scared man who is willing to push limits for love very convincingly.

Shivaleeka Oberoi, as Nargis Chaudhary, in the first half marks her territory with soft but smart dialogue delivery. Her character in the second half required her to convey the character’s emotions and even with less dialogues she was able to do it with ease.

Annu Kapoor, Shiv Pandit, and Aahana Kumra all give out stellar performances and add to Khuda Haafiz’s overall quality.

Each and every character in Khuda Haafiz is on the same scale, which is different when compared to other Bollywood movies. The supporting actors are given equal importance.

Faruk Kabir as a writer and director is successfully able to restrict Jamwal’s action instincts in the movie. It puts him out of his comfort zone and propels him towards showcasing his range.

The supporting actors have beautifully picked up the middle east accent which places the movie in its geographical theme.

The background score by Mithun is like a cherry on the top with great voices like Vishal Dadlani, Armaan Malik, Sonu Nigam.

Khuda Haafiz‘s narrative is a little too fast paced for its own good. A little more interaction between the leads before the tragedy would have helped increase the reliability and emotional quotient.

If you’re a Vidyut Jamwal fan then you will get to see a new avatar of his in this film. After a long time Bollywood has come up with a movie that is near to perfect in all aspects. Khuda Haafiz is a good watch overall.

Also Read: Gunjan Saxena – The Kargil Girl review: An inspiring story that crashes and burns by the end