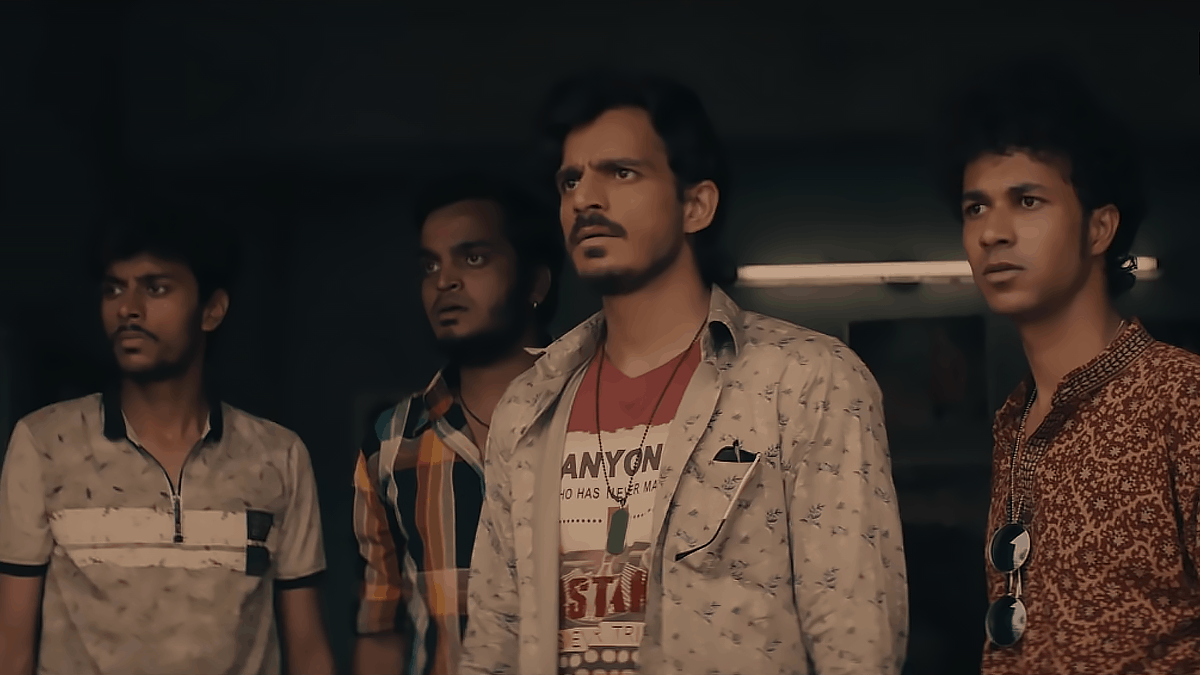 Jamtara: Sabka Number Ayega is a Netflix original series based on phishing and other related evils. The story is inspired by true events that took place in 2015-16 and although the concept is fascinating on paper, the execution is a let down.

Phishing is a worldwide problem which has become a challenge; with many gullible people falling prey to this fraud. A bunch of school dropouts take advantage of such naivety to make an easy buck in Jamtara, a nondescript village in Jharkand.

Subsequently, the village becomes famous as the phishing capital of India because of a bunch of young and uneducated frauds, who con people in different ways and siphon off their money in a jiffy.

Furthermore, there happens to be local political leaders behind these scammers who take advantage of the situation using their power. The tug of war between phishing, politics and the police with some interpersonal clashes form the rest of the plot.

Sparsh Shrivastav as Sunny and Anshuman Pushkar as Rocky who are at loggerheads despite being brothers exhibited good talent. Shrivastav stands out with an impressive performance as a 17-year-old who is the mastermind behind the scam.

Monika Panwar as an educated village belle Gudiya with high aspirations is surely going to be recognised for her exemplary performance.

The story which is woven around phishing has touched many other evils that are prevalent in rural India. The influence of local politicians over unemployed youth who misuse them for their shady activities is highlighted effectively.

Free flow of liquor, easy availability of guns and under age marriages that are flagrant are also depicted in their true colour. Director Soumendra Padhi needs to be appreciated for this authenticity.

The main focus of the story written by Trishant Srivastava and Nishank Verma is around phishing. As it progresses however, it burgeons into a police-politician feud transforming the potentially brilliant concept into a run-of-the-mill kind of plot.

The length of such subplots that sidetrack the main content should have been reduced to make the whole story more crisp and gripping. Moreover, the mission to crush the phishing racket remains unaccomplished. This is probably to make way for another season of Jamtara.

Watch it to know how some uneducated school dropouts can fool anyone and steal their money via phishing. Other than that aspect, there is nothing new in Jamtara to shout about.