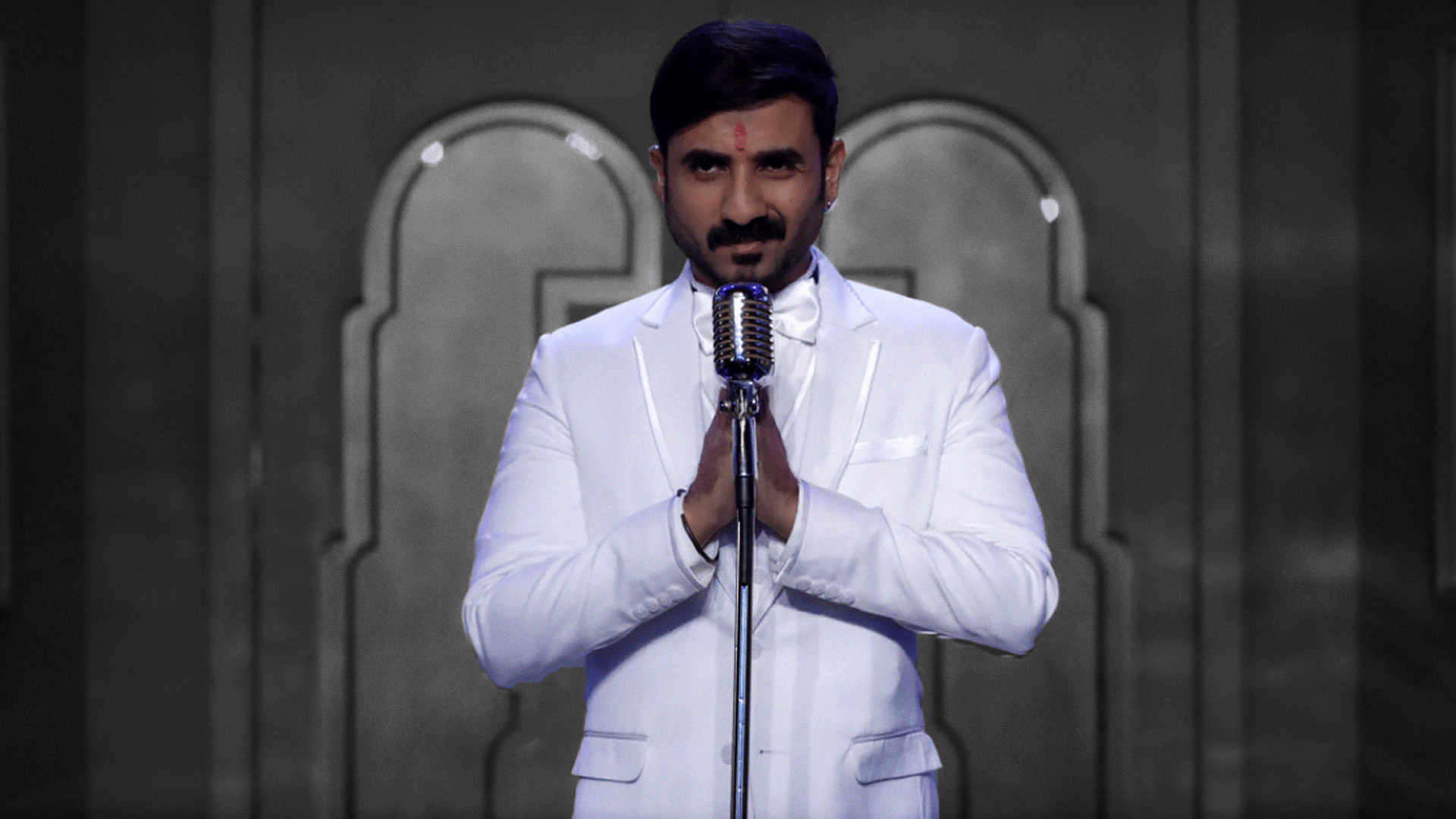 Home Reviews Hasmukh review: A dark comedy ‘to die for’

With the production of new shows on halt due to lockdown, the viewers are being introduced to hardly any new titles. One of the few April releases, Netflix’s Hasmukh is a web series which promises to break conventional storytelling boundaries.

He insists on performing. After a tussle with Gulati, Hasmukh ends up murdering him. He still goes up on stage and wins the crowd with a confident set. Gulati’s manager, Jimmy (Ranvir Shorey), figures out that Hasmukh needs to kill off stage to kill on stage, and offers to manage him.

Das, as the awkward and shy Hasmukh, gives an excellent performance. Neither the personality nor the type of humour is even slightly similar to his real self, but he doesn’t seem uncomfortable for even a second.

Shorey, who plays the more extroverted Jimmy, ably supports him. His character is the opposite of Hasmukh, which plays out well in a lot of the sequences. Their camaraderie is a big highlight of the web series.

Suhail Nayyar, who plays Hasmukh’s rival KK, matches Das step for step. He can exaggerate while performing stand-ups just as easily as play the unlikeable rival. You see a plethora of shades within one performance.

The rest of the cast’s performance also adds to the series. Each and every character feels like they belong in this world.

Apart from the stellar performances, there’s a lot that works. The premise is a bit of The Marvellous Mrs. Maisel meets Dexter, but it’s not easy to construct a strong plot around it which would cater to the Indian audiences. Hasmukh is dark and offbeat but will still appeal to those who just want to be entertained.

The narrative is fast-paced and doesn’t linger at any point. You’re left to wonder if it’ll feel stretched eventually but the 10 episodes, consisting of 30-40 minutes each, manage to tell the story in a crisp manner. Kudos to director Nikhil Gonsalves and all the writers.

The dialogues are witty and hilarious at points. The humour is smart and the sequences are thoroughly entertaining. A big surprise was the catchy intro which I just couldn’t skip. The sound effects also elevate a lot of the scenes.

Ironic that the stand-up scenes are not funny at all. All the humour comes out of dialogues that are delivered off stage.

Also, the whole artist taking part in a competition trope has been done to death. It doesn’t help that the competition isn’t even explained properly. There are just Hasmukh, KK and one wildcard aspirant we see. Where are the other competitors? What’s the format of the show?

You won’t regret watching this. This is easily one of the best web series of 2020 so far. With a dearth of new content at the moment, it would be criminal to give Hasmukh a miss.