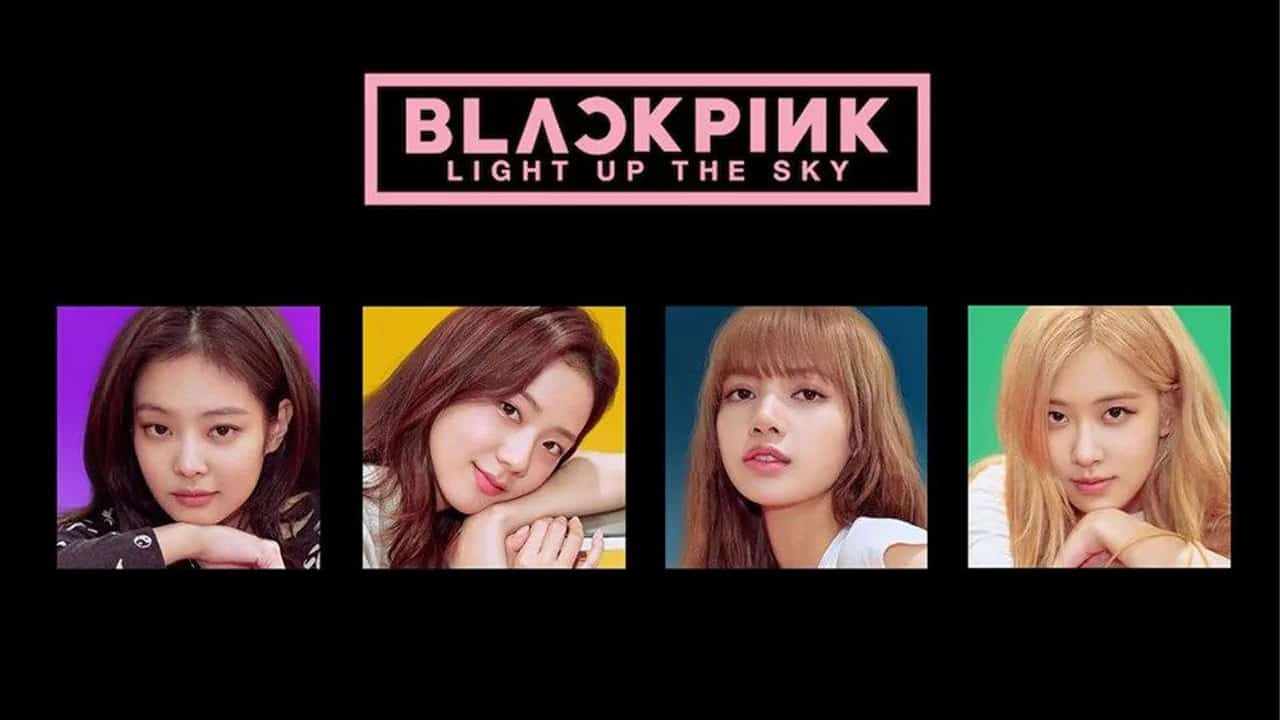 With South Korean band BLACKPINK taking centre stage, the Netflix documentary, Blackpink: Light Up The Sky, pans around the world of K-Pop.

With several new offerings this week, Netflix greeted us first with a motivating autobiographical documentary on a Korean band with its members Rose’, Lisa, Jennie and Jisoo in the forefront.

On the surface, it might seem like the film only talks about the band. But in reality, it addresses every nook and corner of what it takes to become a popular K-Pop band in South Korea, how it begins, what does training include and how local art becomes a world sensation.

Needless to say, the documentary aims to bring out the struggles these four women went through to become an inspiration for many, at a young age. But apart from that, Blackpink: Light Up The Sky, asks us to reflect into what we desire in life.

In the first couple of minutes, the film pans out a mini-montage of sorts where it shows two time frames: One, where the band first makes a debut in front of the world with so many other bands giving them company. Second, when three years later, Blackpink is in news for becoming the first Korean band to perform at Coachella.

Exactly at this point, Director Caroline Suh makes her intentions clear. That is, she makes it evident that this is a success story.

Throughout the span of this film, on several occasions all four members talk about their individual stories and struggles, as well as the journey that brought them here.

Since this is a documentary film, the attempt here is to showcase reality in the best way possible. For this, band members, two of whom are rappers, and other vocalists, talk about their personal process of becoming a singer. All of them collectively had a knack for performing arts, that later drew them close.

They talk about their five to six year trainings where they missed school and family. This particular narration will give the viewers an insight into the Korean pop culture. It might seem superficial to some, when they see how performing arts becomes life for so many youngsters in South Korea.

The film initially sets stage in Seoul, South Korea and from there it takes us to a journey, literally across the globe. It is inspiring and encouraging to witness the game to fame Blackpink underwent.

The film also throws light on the diverse cultures these four women bring in. All of them are Korean but except Jisoo, all others of grown up and seen more of some other country. What they collectively bring to the table, is inspiring to watch.

In India, K-Pop culture is on the rise among the youth. Blackpink may or may not be an Indian favorite but this documentary film will sure generate some curiosity among people.

Apart from that, the subject of this film is motivational. The way these band members are portrayed is very human and friendly. They don’t seem too larger than life. This gives a sense of belonging to the viewers. It gives an impression that anyone can reach for the stars.

K-Pop’s prominence is on the rise but at the same time, the groups that prefer such music are very specific. At the end of the day, this documentary film wouldn’t cater to the masses.

The way it is structured, may seem confusing to some. There isn’t a defined chronology of events followed. By the end of the film, many narratives seem fragmented.

Blackpink: Light Up The Sky is an inspirational documentary of a band that broke records for YouTube’s most viewed video within 24 hours. For anyone who would like to develop a taste for this music, should definitely give it a try.