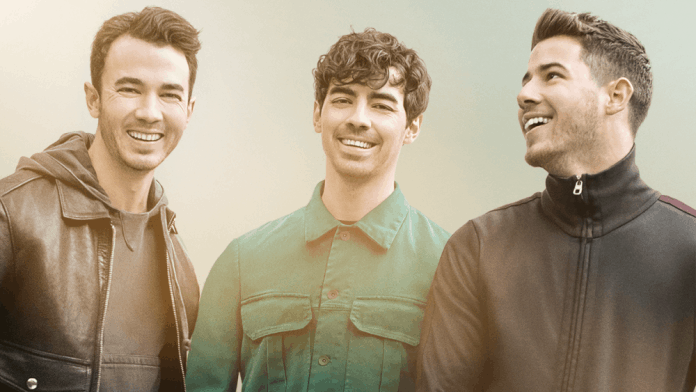 The trailer for the Jonas Brothers documentary called Chasing Happiness has been released. It is set to stream exclusively on Amazon Prime on June 4.

The brothers announced the documentary yesterday via a video on Prime Video’s YouTube channel:

The documentary entails their journey from brothers to boy band and has been described as a story of brotherhood. It includes footage that traces their roots in New Jersey to their meteoric rise to fame.

Brothers Nick, Joe and Kevin were heartthrobs of a generation in the 2000s until their rather shocking hiatus led them towards different paths, each pursuing their own solo music careers.

The trailer also teases deeply personal interviews, unreleased footage and exclusive music which is sure to be an absolute treat for their fans.

The intention for the documentary was originally “just to tell our story — our childhood into our career together,” Nick said in an interview. But making music grew out of the experience of creating the film, which inspired the brothers to write 30–40 new songs for the new album.