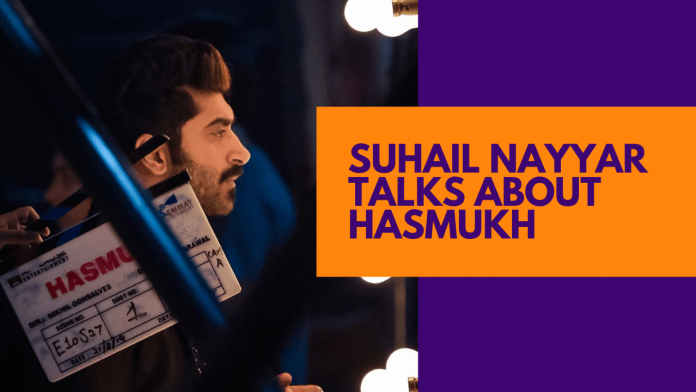 In an exclusive interview with The Envoy Web, Suhail Nayyar revealed that he took inspiration from comedians like Kapil Sharma, Krushna Abhishek and Raju Srivastava for his character KK in the new Netflix India web series ‘Hasmukh’.

While the actor admitted that he’s a fan of modern comedians, naming Zakir Khan and Abhishek Upmanyu, he said his character was more of an old-school comedian, like those from The Great Indian Laughter Challenge and Comedy Circus era.

“I’m a huge Raju Srivastava fan. I even used one of his lines in KK’s first stand-up.”

Talking about bagging the role, he said that plain auditioning got him the opportunity. He added that KK acted as an outlet to bring out that side of his personality which he otherwise has to keep under check.

Discussing future prospects, Nayyar revealed that he would love to play a ‘chocolate boy’ role in the future. “The closest I came to being a chocolate boy was in Life Sahi Hai. But he a was bit sleazy kind of chocolate boy, more of a player,” he said.

Nayyar also opened up on his role in Vikrant Massey and Yami Gautam starrer Ginny Weds Sunny, calling his character a “Haryanvi chocolate boy”. The film was supposed to come out in the summer but will face delay due to lockdown.

Hasmukh, which released on April 17, is a dark comedy thriller on a small-town comedian who needs to kill someone to give a good performance on stage.