HomeNews“I spend one hour cleaning my house everyday, I have no help”:...

“I spend one hour cleaning my house everyday, I have no help”:  MIH’s Sobhita Dhulipala gets real 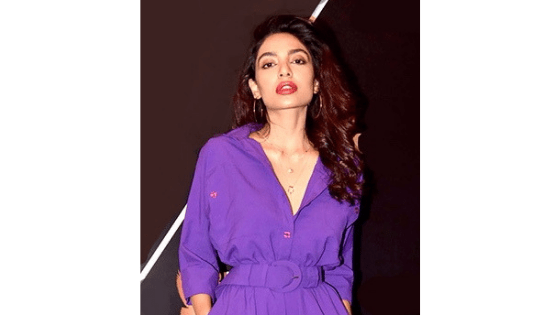 Currently riding the success wave of Amazon Prime’s unconventional Made in Heaven (MIH), Sobhita Dhulipala sat down for a candid chat with Rajeev Masand earlier this week.

The two sat down to discuss her background, lifestyle, character and more.

The ex-Femina Miss India admitted that she is not aware of many ways of keeping herself humble, however, one that seems to help her the most is cleaning. She said: “I spend one hour cleaning my house everyday, I have no help.” Coming from a disciplined family of Visakhapatnam, the 26-year-old actress also talked about her parent’s initial concerns regarding her financial stability considering the fickle entertainment industry.

While Dhulipala made her debut with the critically acclaimed Raman Raghav 2.0, she gained noticeable limelight as the complex Tara Khanna in MIH and is happy with the fame she is gaining. Having said that, she stated that in some families including hers, “Success is in tune with how much money you attain” and that “Critical acclaim doesn’t pay bills.” She coyly confessed to being the “black sheep” of her family while she proudly acknowledged her sister’s MBBS degree.

Speaking more about the industry in general, Dhulipala stated that “Everyone loves a young, sad girl. It’s hard to love someone who’s self aware.” She recalled her first encounter with Zoya Akhtar on the sets of an advertisement shoot where she was replaced because the client said she “looked confident.” She jokingly revealed: “Eventually, I think they cast a dog.”

As far as her MIH character is concerned, the actress disclosed that a season two is likely to be produced soon and that she is looking forward to it. She admitted that while the character is rather different from her real identity, her chemistry with her on-screen husband Adil Khanna (played by Jim Sarbh) was purely natural.

As she hinted upon the next season, she also revealed her excitement and curiosity to know more about Tara’s background as well the development of her much-loved chemistry with her on-screen best friend Karan Mehra (played by Arjun Mathur).