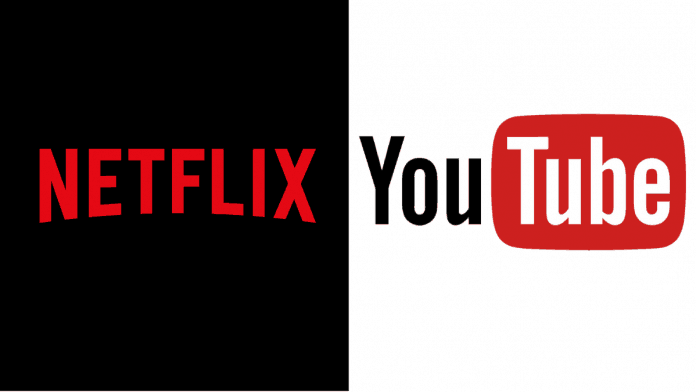 Both Netflix and YouTube are reducing their streaming quality in Europe for at least the next 20 days due to increased usage.

The demand for both services increased ahead of the coronavirus pandemic as more and more people are now being asked (or opting) to stay at home.

However, it is stated that while some users might see a slight reduction in quality, others will still find all video resolutions to be good.

The decision was made after EU officials appealed both users and streaming providers to try and use high definition video streaming only when necessary so as to prevent the internet services from collapsing.

Netflix stated that this would“reduce Netflix traffic on European networks by around 25 percent while also ensuring a good quality service“.

“all have a joint responsibility to take steps to ensure the smooth functioning of the internet during the battle against the virus propagation.”

Netflix made the move just hours after the phone call with the officials.

Internet usage has been spiking across the globe due to the pandemic.

Earlier this month, it was also reported that Facebook’s creator Mark Zuckerberg observed “big surges” in usage by people as they increasingly continued to stay at home. Audio and video calls were also used more than usual on both Facebook Messenger and WhatsApp.

The pandemic has also caused some streaming platforms to halt productions while others have made early releases for some projects to help audiences cope better with the situation.