Tom Clancy’s The Division is coming to Netflix 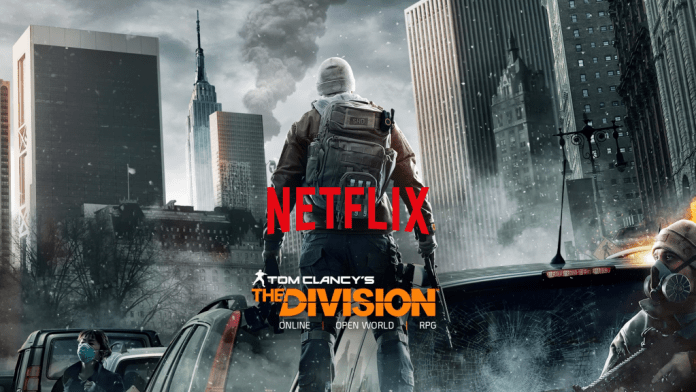 Streaming giant Netflix has acquired the rights for a live-action version of Tom Clancy’s The Division. Video game studio Ubisoft made the announcement during their press conference at the Electronic Entertainment Expo, 2019 (E3)

The Division was released for PlayStation 4, Xbox One and Microsoft Windows in 2016. It was well received by the audience and became Ubisoft’s best selling game at the time.

A live action adaptation was announced in June 2016 with Jake Gyllenhaal and Jessica Chastain as the main cast. Director David Leitch (Deadpool 2) joined the project in April 2018.

There was a hush regarding production for a while but Ubisoft revealed Netflix’s involvement with the project at E3. It was also confirmed that Gyllenhaal along with Chastain will still play the lead roles and Rafe Judkins will serve as the screenwriter.

The game is set in a future post-pandemic New York City. A smallpox virus implanted in bank notes spreads throughout the city and Manhattan is sealed off.

The government activates special agents from the Strategic Homeland Division to rebuild operations in the city, analyse the outbreak and control unlawful activities.