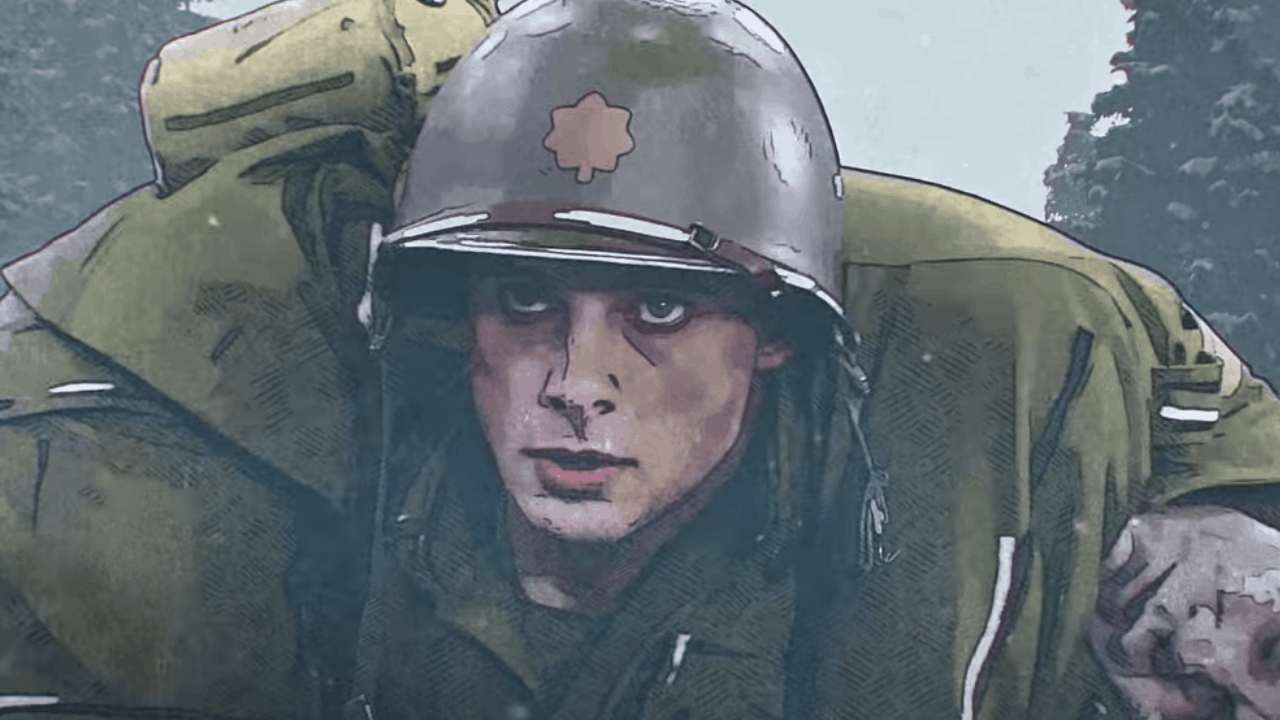 Netflix released the teaser trailer of The Liberator, a limited series which will be available for streaming on the platform from November 11, 2020.

The Liberator is a combat drama based on Alex Kershaw’s 2012 book The Liberator: One World War II Soldier’s 500-Day Odyssey from the Beaches of Sicily to the Gates of Dachau, which depicts the true story of one of the bloodiest battles of WWII.

The four-episode web series will premiere on the 2020 Veteran’s Day. It follows an expedition of the 157th Infantry Regiment of the famous 45th “Thunderbird” Division, a United States National Guard Unit, as they fight the invasion of Italy for about 500 days until the liberation of the Dachau (Germany) concentration camp towards the end of the Second World War.

Under the command of US Army officer Felix Sparks is his infantry unit comprising of “a diverse, dedicated, rough-and-tumble squad of soldiers”, who are primarily cowboys, Native Americans, and Mexican-Americans.

The teaser trailer of The Liberator says as much as Sparks can be seen motivating a motley crew of soldiers to prove that whatever anyone said about them till then was wrong.

The trailer further promises that it will be a ground-breaking animation experience. And it just might be, what with a new technology – known as the Trioscope™ Enhanced Hybrid Animation – which combines state-of-the-art CGI with live-action performance.

This new technology allows creators to tell a visually compelling story in a way that brings out the human emotions as well as the drama, especially when dealing with a serious subject matter. It seems to be a step up from the earlier motion-captured animated films (the likes of the 2011 film, The Adventures of Tintin).

The book has been adapted for the web series by writer Jeb Stuart (Die Hard, The Fugitive).

Check out the action-packed teaser trailer of The Liberator here: