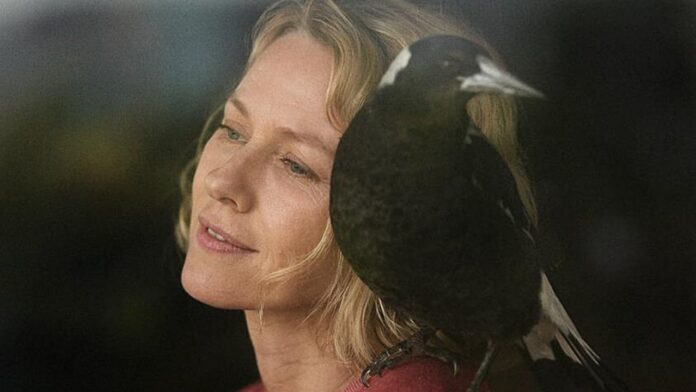 The movie premiered at the 2020 Toronto International Film Festival and received positive reviews from critics.

It tells the story of Samantha Bloom (Watts), a mother of three whose life is turned upside down after an accident renders her paralyzed. As Sam and her family, including her husband Cameron (Lincoln), struggle to accept their new reality, she falls deeper into depression and begins questioning her existence.

Just when Sam thinks she is at her lowest, her spirits are lifted by a wounded Magpie her family takes in and names Penguin. The bird teaches Sam how to live again in the most unexpected of ways as it is on its own path to recovery.

Directed by Glendyn Ivin, ‘Penguin Bloom’ is based on the best-selling book of the same name.

Netflix’s description of the film reads:

“As a mom copes with the aftermath of a harrowing accident, she finds inspiration from an injured magpie taken in by her family. Based on a true story.”