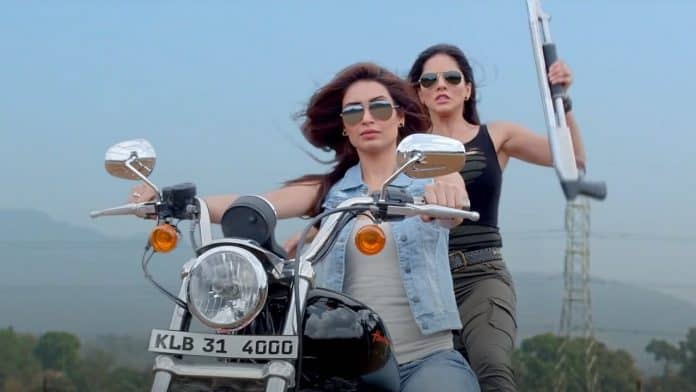 MX Player is all set to give its viewers an adrenaline rush with the official trailer of its new web series, Bullets, which will stream from October 30, 2020.

The story of Bullets revolves around two badass women, Tina (Sunny Leone) and Lolo (Karishma Tanna), and how one single night forever changes their lives. They are the prime suspects in the murder of one Sunil Korade.

There are hand-to-hand fight scenes and of course, lots of guns and flying bullets as both the women try to evade capture. Their lives are at risk and they have to change the game before it results in either one of their death.

The two-minute official trailer of Bullets is a mish-mash of repetitive scenes from the web series. It looks to be high on glamour, seduction, and action.

Directed by Devang Dholakia (Kuch Kuch Locha Hai), the web series has been shot in some beautiful locales of India and Malaysia. Previously titled ‘Tina and Lolo’, it was supposed to be an action film to be released in 2016.

The film has been in the pipeline since 2013, first delayed due to some production issues, followed by Tanna’s stint in Bigg Boss 10. Reasons for further delays are not yet clear or why the film was converted into a web series.

While Leone debuted in the OTT world in 2018 with Karenjit Kaur – The Untold Story of Sunny Leone, this is Tanna’s second outing as well in a web series. Tanna appeared in Karrle Tu Bhi Mohabbat before this, also in 2018.

Check out the glitzy and thrilling official trailer of Bullets here: