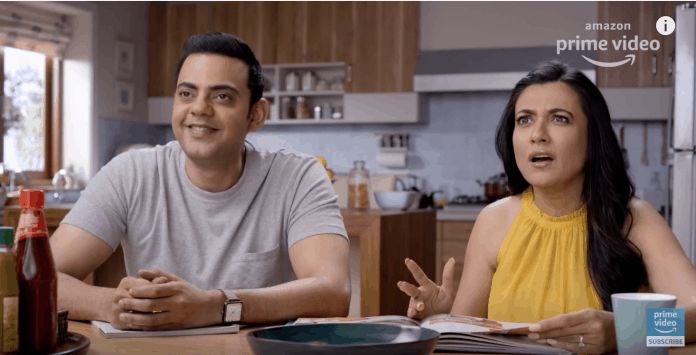 Amazon India’s Prime Video has released the trailer for its new show Mind The Malhotras with Mini Mathur, Cyrus Sahukar and Denzil Smith in the lead.

The web series, produced by Dia Mirza, revolves around a family of five who try to get past everyday problems in a bizarre manner.

Throughout the trailer, audiences witnesses quirky takes on topics like sex talk, mother-in-laws, siblings and role-playing which might help in being relatable with audience members of different age-groups.