Inside Edge 2 trailer: Bigger and better 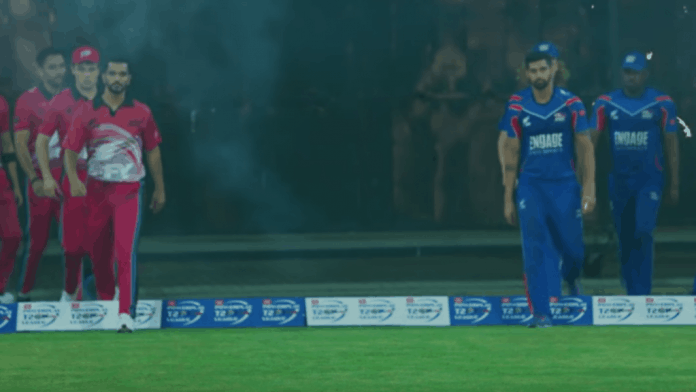 Two years after season 1 premiered, Amazon Prime has released an official trailer giving us a peek into what will unfurl in Season 2 of Inside Edge.

The drama series, written and directed by Karan Anshuman, debuted in 2017 and starred big names such as Vivek Oberoi, Richa Chadha, Tanuj Virwani, Siddhant Chaturvedi and Angad Bedi. It was the first Indian series to be produced for the streaming giant.

Inside Edge revolves around a fictional T20 cricket team called the ‘Mumbai Mavericks’, who are a part of the Power Play League (loosely based off the Indian Premier League). The plot spotlights the political power-play and conflicting interests behind-the-scenes of the game.

The new 3-minute trailer offers a look inside one of the most controversial seasons PPL has ever encountered. Though Season 1 ended with a bang, quite literally, the second season introduces some new characters and a face to a familiar character.

Bhaisahab will finally make a physical appearance, after his virtual introduction in Season 1 through Vikrant’s frequent phone calls to him. Amir Bashir from Sacred Games will portray Bhaisahab, the powerful force aiming to change the status of the game on a global level, from a mere commonwealth sport. While his intentions seem innocent enough, we can’t be too sure they’re out of love for cricket.

On the other hand, the ever-ambitious Zarina Malik (Richa Chadha) sides with Bhaisahab, her aspirations to be like him clouding her judgements. Arvind Vashishtha (Angad Bedi) and Vayu Raghavan (Tanuj Virwani), previously mates, find themselves on either side of the field this time, facing off against each other. Vayu becomes captain of the Mumbai Mavericks and Arvind will lead Haryana Hurricanes.

Each of them is going through personal turmoils. Arvind is pushing himself harder than before and Prashanth Kanojia (Siddhant Chaturvedi) is still mourning Devendra Mishra (Amit Sial), whom he murdered with his own hands. To add to this, the love interests of the characters have changed as well, with Elli Avram and Sapna Pabbi portraying Prashanth and Arvind’s love interests, respectively.

Vivek Oberoi’s character, Vikrant Dhawan, is also set to make a reappearance, although presumed dead at the end of Season 1 – courtesy, Zarina. The end of the trailer spotlights a scarred but smug-looking Vikrant, believed to be the person behind the use of narcotics by players to enhance performance.

The players and owners will battle it out on the field to emerge victorious in the second PPL season. The new season will premiere on 6 December 2019.

Here’s the official trailer for Inside Edge 2:

Also read: Broken But Beautiful 2 trailer: A reversal of personalities