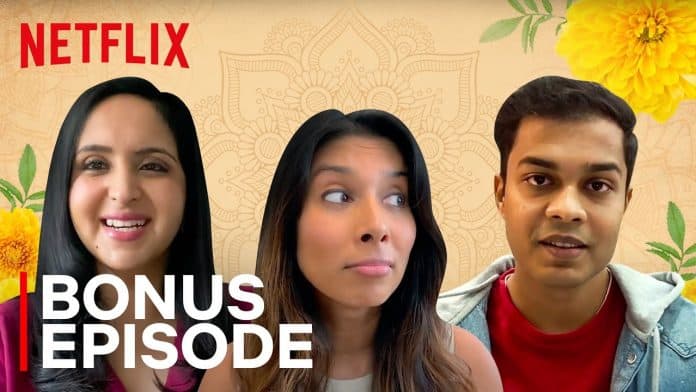 To answer the overwhelming queries of the Internet to what followed off-screen after the shooting of the show was over, Netflix India brought out a bonus episode of much popular Netflix original reality series, ‘Indian Matchmaking’. The extended episode, released on Youtube, was a virtual video call session where all the participants discussed their changing lives on, off and beyond their Netflix screens.

The session was hosted by popular YouTuber and digital content creator, Dolly Singh, who connected to different participants of the series to know what happened to them after their respective episodes ended on the show. Some of the people who turned up in the bonus episode were Aparna Shewakramani, Akshay Jakhete, Nadia Jagessar, Vinay Chadha, Ravi Guru Singh, Vyasar Ganesan, Pradhyuman Maloo, and Ankita Bansal.

The participants mostly talked about filming their dating experiences and the difference between how it appeared onscreen vis-a-vis offscreen. The internet had so many questions when it came to the forefront that none of the set-up couples ended up together. With each story being a cliffhanger on the show, the participants took to this bonus episode to open up with their personal accounts and reasons why their respective matches did not work out for them.

Apart from their own work and love lives, the participants also shared their post-show equations with Sima Aunty from Mumbai, the matchmaker, narrator and the star of the show. They also discussed their newfound fanfare on the internet, their tryst with the process of arranged match-making and hilarious memes that followed after the premiere of the Netflix show.

‘Indian Matchmaking’ took the world by storm right after its trailer release. When it premiered on Netflix, Twitterati labelled the show as ‘regressive’ and collectively voiced against Netflix for producing and airing a show that sought to make matches on the account of caste, class, financial background and skin colour.

The show was also called out to be sexist for treating men and women point of views differently and further perpetuating stigmatization of independent ‘modern’ women. Following its release, a lot of parody videos about the show were created on YouTube and Instagram that criticised the show with humour.

Some of the highlights of the extended chit-chat episode were Vinay explaining with an explanation after ghosting Nadia twice, Aparna finding the sexist pattern of differential treatment as ‘concerning’ and Akshay talking about his and Radhika’s engagement breaking off, his mother’s high Blood Pressure and reacting to oedipal complex memes.

Check out the 40-min cast reunion of ‘Indian Matchmaking’ here: