ALTBalaji apologises for ‘His Storyy’ poster amid controversy 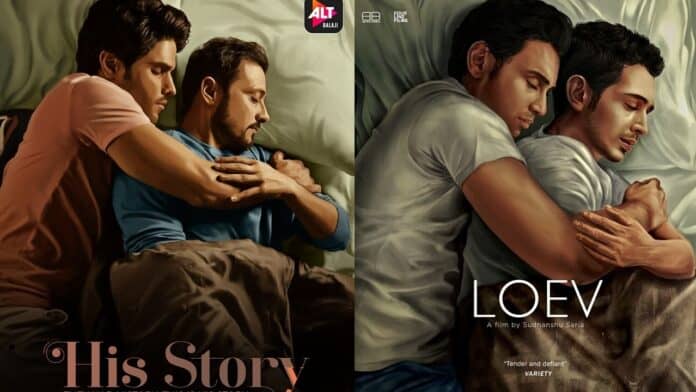 After being called out for striking similarity between ‘His Storyy’ and ‘Loev’ posters by filmmaker Sudhanshu Saria, ALTBalaji released a statement apologising and assuring removal of the same.

ALTBalaji launched the poster of the upcoming original ‘His Storyy’ on April 9, 2021.

After a thread of tweets by makers of ‘Loev’, director Vikramaditya Motwane also criticised Ekta Kapoor for plagiarising and not taking any action on the matter. He slammed Balaji for simultaneously copying poster designs for their shows and movies.

Motwane posted a series of stories on his Instagram handle to exhibit Balaji’s allegedly copied works. The streaming platform posted a statement apologising to the designers of the original ‘Loev’ poster.

The platform took full responsibility for the issue and has now removed the controversial poster from all its platforms.

The upcoming ALTBalaji and ZEE5 venture will narrate the story of love and acceptance about a couple who rediscovers their love interests. The main cast of ‘His Storyy’ includes Satyadeep Misra, Priyamani and Mrinal Dutt.