Do the Exam Time Rap during study breaks 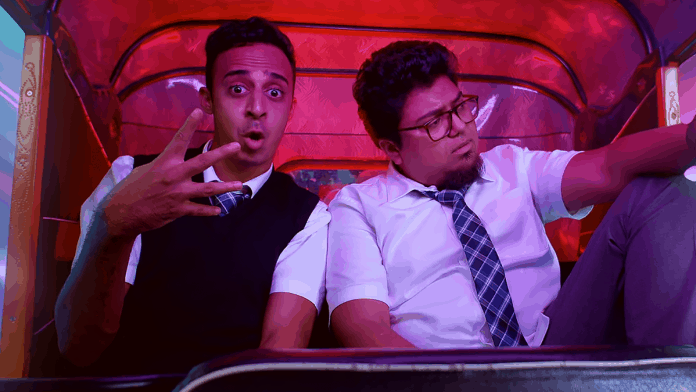 Students around the country are pulling up their socks and studying hard to face the exam monster; the pressure is too much to handle. Well, Netflix India and Jordindian are here to the rescue.

The video starts with two students cribbing about extra classes and tuition; they wish they could go back in time and stop all great discoveries of the past and change history. If people like Gay-Lussac could be stopped then these students would not have to study anything.

A mysterious man appears in an auto rickshaw, promising to take them to the past to fulfil their wishes. They travel back in time and distract people like Newton, Hitler, Gandhi, and more.

The rap is catchy with hilarious lyrics. It raises questions that almost every frustrated student asks. It gives them a way to vent out their frustration through the rap.

The music video is created by Jordindian and directed by Sahit Anand. Bharath MD has produced the music for “Exam Time Rap”.