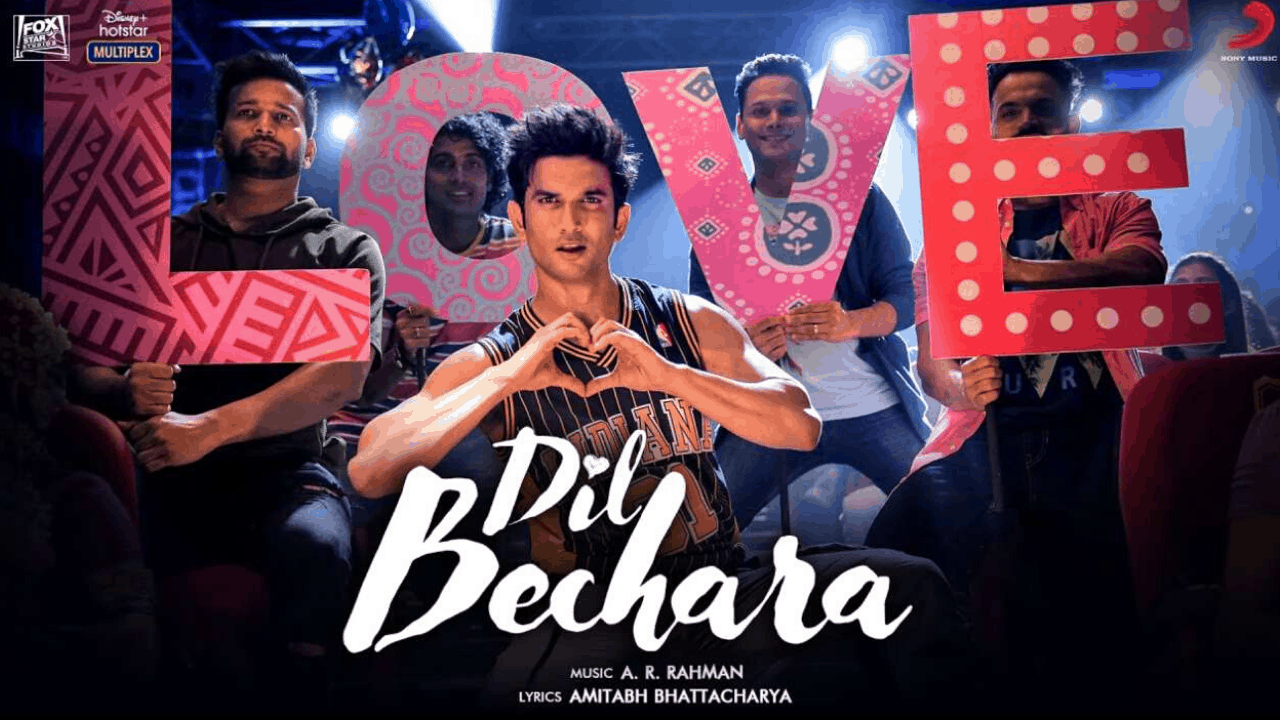 Dil Bechara will be Sushant Singh Rajput’s last performance on the silver screen as Manny. The title track for the same was released by Sony Music India. The film is scheduled to release on 24 July on Disney+Hotstar and as a parting gift to Sushant, the film will also be available to non-subscribers.

The title track, which is choreographed by Farah Khan, is a one-shot performance on camera and has Sushant’s charm topped off with legendary Oscar-winning music composer AR Rahman’s magical voice.

The track starts with Sushant in the spotlight ready to convey his emotions to Kizie (played by Sanjana sanghi). Rajput, in the song, expresses how his hopeless romantic heart is friendzoned by Kizie.

Farah khan Dedicated a special post to Sushant, revisiting her memories of shooting for the song.

Mukesh Chhabra, who is making his directorial debut said:

“Farah Khan choreographed it and she rehearsed the song with Sushant for a day and then shot the whole song in one shot. That’s it. Just one shot. The song picturisation is deceptively simple and Sushant who was a very good dancer, made it look effortless.”

Check out the title track of Dil Bechara:

Dil Bechara Review: An Emotional watch with a touch of lively humor