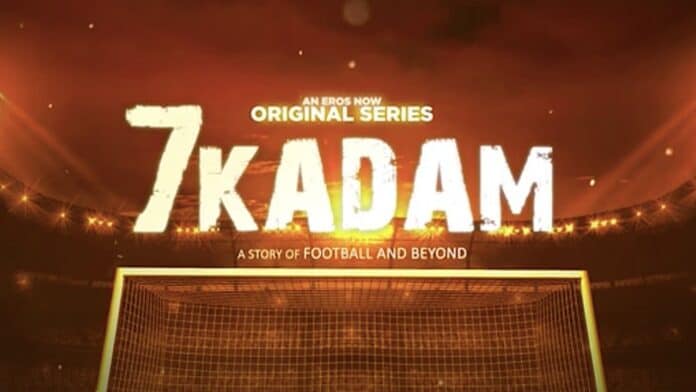 Eros Now has released the motion poster for ‘7 Kadam’, a sports drama series revolving around a father and son, both passionate about “the beautiful game” of football.

Ronit Roy plays the father, who was an aspiring football player but found his dreams shattered after breaking his leg.

His son, played by Amit Sadh, pursues football as well and hopes to achieve greatness.

The official synopsis for 7 Kadam reads:

“A sports drama which is based on the story of a father and son duo, who connect over their passion for football but cross paths in the clash of ideals and morals. Now the choice is theirs, whether to come together to achieve a common goal or to let go of the most important match of their lives. Exciting, sentimental, and full of relatable instances, this show will keep you at the edge of your seat.“

The trailer will be launched on March 5.