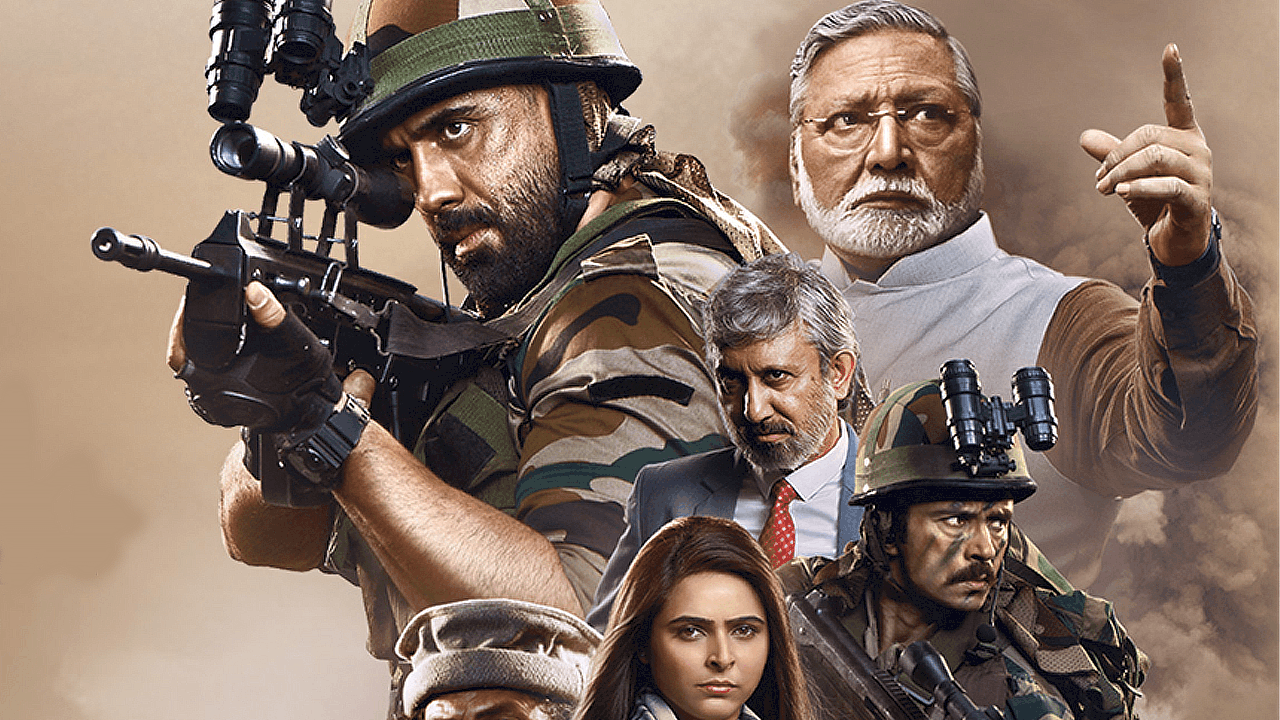 Home Listicles 10 Indian action web series you should not miss

The action genre if done right, is a perfect combination of good plots and adrenaline rushes. The stories have the ability to showcase engaging narratives, impressive cinematography and eye-catching action choreography.

When stories lack action, we as an audience tend to feel something is missing, because action also represents the struggles faced while trying to survive and we’re all guilty of placing ourselves in the shoes of the ideal protagonist, beating bad guys around.

Over the years, there has been a positive response from the audience towards this genre, and advancement in technology has allowed to produce content which elevates the viewing experience for the audience.

We bring to you 8 Indian action web series that do justice to the genre.

1Avrodh: The Siege Within

Based on the book ‘India’s Most Fearless’ by Rahul Singh and Shiv Aroor, Avrodh revolves around a stealth mission behind enemy lines & details the plot behind the URI attack that led to 19 of India’s unarmed soldiers being martyred. The web series the highlights Indian army’s tremendous preparation, precision and strategy that went into the assault.

The narrative is sketched out from various perspectives using months of extensive research and consultation with members of the military.

An adaptation of Bilal Siddiqi’s book of the same name, the espionage action thriller follows Kabir, an excommunicated R&AW agent, called in by his former mentor to lead an unsanctioned and extremely dangerous rescue mission against Pakistani intelligence. His team comprises of an inexperienced analyst, an agent who can barely keep it together without getting high and Kabir himself, who is struggling with his past. Not a dream team you would send on a rescue mission but that’s all that they have got.

When a deadly militant association called the Radical Posture Group gets hold of a global weapon codenamed Cobra, RAW sanctions a mission to prevent further consequences. Karan Singh (Gautam Gulati), an efficient agent is called upon to lead the operation, which may be the only thing standing between India’s destruction. However, this straightforward task soon spirals into a convoluted political mess with traitors at every turn.

This action series tells the tale of those brave men of the National Security Guard who responded actively and faced the enemy to save lives during the Mumbai attacks of 2008. The series is an adaptation of Sandeep Unnithan’s book, Black Tornado: The Three Sieges of Mumbai 26/11. The show narrates the attacks from the perspective of NSG commandos.

Himmat Singh of the Research and Analysis Wing of India (RAW) successfully draws a link between major terrorist attacks and is convinced that there is a single person behind them all. His task force of five elite agents, living in various parts of the world, aim to catch the mastermind. Everything comes down to an important day which may change the strings of India and Pakistan relations.

Srikant Tiwari is a middle-class man who also serves as a world-class spy. Srikant tries to balance his familial responsibilities with the demands of the highly secretive special cell of the National Intelligence Agency that he works for. He’s got his work cut out for him as his mission to prevent a fatal attack also sees his relations with his wife and children crumble.

Inspired by real-life incidents, this action crime thriller rotates around Abhay Pratap Singh, a sharp and instinctual police officer with the brain of a lawbreaker, who is ready to cross all lines to crack a case. Join Abhay as he sets out in an extremely grim universe of wrongdoing to save innocent lives while managing his very own fears.

This action web series tells the story of the Indian National Army formed by Netaji Subhash Chandra Bose during the British Raj. It was formed out of Indians captured by the Japanese forces in World War II. The army also raised the first women’s infantry regiment since the Russian units of 1917–1918.

Amidst the conflict, The Forgotten Army showcases a love story between two soldiers and tackles themes of patriotism, perspective and identity. It also highlights the fact that even though the INA wanted to rid India of colonial rule, they were deemed traitors and shunned into the darkest corners of history.

Aarya Sareen’s (Sen) life is turned upside down when her husband is shot outside their house. She finds out about his illegal drug business with his partners which he wanted out of, potentially leading to an attempt on his life. Initially scared, Aarya realises that she and her kids won’t be safe until she takes matters into her own hands, enters the business and eliminates the threat.

Follow a group of brave police officers as they delve deep into the horrors of Kolkata. From murders in brothel, lakes to other gruesome cases, this web series showcases the true side of the city’s criminal nooks and crannies. The 10 episode focuses on the police trying to bring these hideous culprits to justice.