6 exhilarating spy web series you should not miss 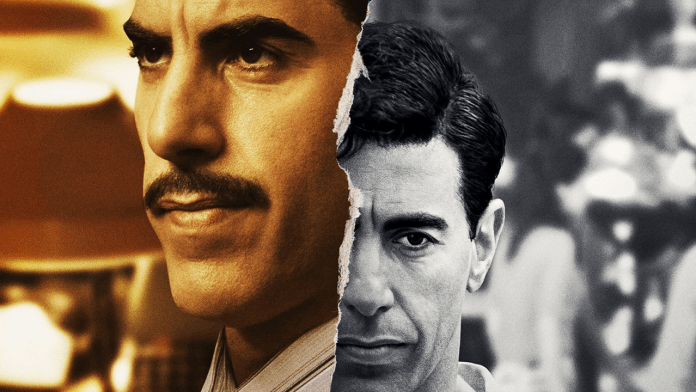 The spy genre has become quite a rage since the first James Bond film, Dr. No, rolled out in 1962. Everyone, at some point in their lives, has wanted to dawn a classic tux with a gun to investigate global threats in an expensive car.

With slick protagonists, funky technology, fierce action and mind-bending plot twists, this type of content is always fun to indulge in. However, spy thrillers have since transformed into a versatile form of storytelling which highlights real-world agencies, terrorism, political agendas, conspiracy theories, espionage, and existing crisis.

But, with digital originals rolling out by the dozen every day and television shows also being made available online, there is a lot to choose from. Fear not for we have got you covered with our picks of the best spy web series available on OTT platforms:

This web series circles around Srikant Tiwari (Manoj Bajpayee), who leads a dual life as a spy and a regular family man. He works as a senior analyst in a fictional branch of the National Investigation Agency, known as Threat Analysis and Surveillance Cell (TASC).

Tiwari, who is married with two kids, has a hard time juggling duties and tries his best to keep the details of his work private As he follows up on a case that might prove to be a fatal terrorist plot, his family life starts to fall apart.

Based on the life of Israel’s ace Mossad Spy, Eli Cohen (played by Sacha Baron Cohen), this web series follows the events leading up to the 1967 Six-Day War between Syria and Israel. Cohen is recruited by Mossad to infiltrate the Syrian Defence Ministry.

He takes up a new identity and renames himself Kamel Amin Thaabet. Establishing himself within the Syrian high class, he befriends important people and succeeds in becoming Syria’s Deputy Minister of Defense. However, even though he is an efficient spy, things take a turn for the worse.

Four Indian operatives belonging to the Indian Intelligence Wing (IIW) get compromised and captured by the Taliban before they can send important information back to headquarters in India. With their agents destined to be executed soon, the Indian authorities rope in a former spy, Kabir Anand (Emraan Hashmi) to take charge of a rescue mission that has a small chance for success.

Anand teams up with two other spies and heads to Balochistan but the mission soon falls apart. With the threat of war looming large, Anand has to muster up the courage and get out of a messy situation before it is too late. The web series is based on the 2015 novel with the same title by Bilal Siddiqi.

John Krasinski plays the titular character, Jack Ryan, a junior CIA analyst who catches a string of suspicious bank transfers worth $9 million by an Islamic extremist, called Suleiman, in Yemen. Ryan is removed from his desk job and sent to aid in the investigation.

Now in the field, Ryan reaches the American base in Yemen where Suleiman and his bodyguard are being investigated about the money. His suspicions are confirmed when the stronghold is attacked by a local militia who rescues the suspects. Thus begins a dangerous counterterrorism operation.

This espionage thriller revolves around a senior agent from the Indian Research and Analysis Wing (R&AW), Himmat Singh (Kay Kay Menon), who has been after a terrorist responsible for the 2001 Parliament attacks for 19 years. Singh is also under investigation for spending crores of rupees of the Government’s secret service funds without revealing any details about the expenditure.

The actual money is used to sustain and aid five secret agents spread across the world, working under Singh, to track the elusive terrorist, Ikhlaq Khan. Eventually one of the agents, Farooq Ali, manages to gain the trust of a powerful person in Dubai who can get them close to their target.

Set in the heart of the Israel – Palestine conflict, a former Israeli soldier, Doron Kavillio, is now retired and wants to manage his own vineyard. However, he is forced to rejoin his unit after a Hamas militant named Taufiq Hammed, who they had supposedly killed, is reported to be alive.

Doron goes undercover and infiltrates Taufiq’s brother’s wedding where he is supposed to be present but things go south. Doron manages to shoot Taufiq but fails to eliminate him. A lethal game of cat and mouse begins with dire consequences.