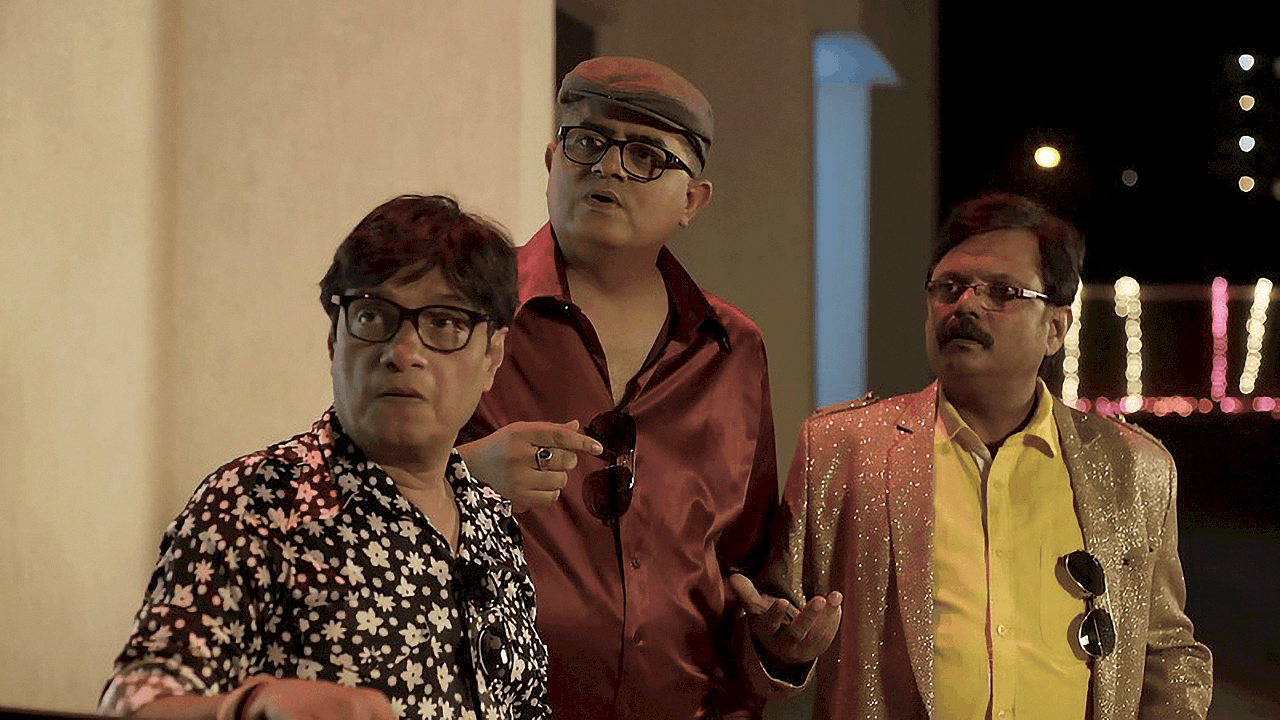 With changes in time, recent entertainment has become more real in portraying familial volatility. With the surge of youth viewership, different OTT platforms have made a paradigm shift in shaping the roles of the father.

The conventional stereotype of an ‘invincible father figure’ has been done away with and complex character arcs have shaped how fathers are represented on screen in comparison to reality. More humanised and empathetic to millennial perspectives, these content strike a chord with the audience immediately with its relatability and inclusiveness.

Complexities, awkwardness, generation gap and struggles towards emotional affection are some lesser-talked about topics that form the underpinning of these 6 web series that we bring to you on the occasion of Father’s Day. Sit back, relax and binge-watch the day with your dad.

Does the title look similar? Yes you are right! It’s ‘Friends’ but make it about Papa, Dad and Bauji!
A TVF original, the story of F.A.T.H.E.R.S revolve around 3 friends, who in an attempt to catch-up with gen z, try out living a life like them. From playing PUBG to getting tattoos, from learning Tinder swipes to using millennial lingo like ‘Influencers’, the three dads embark on a hilarious journey of becoming ‘cool’ like their sons.

A successful attorney and a quiet florist come to know that the woman they both slept with, is pregnant. After discovering that she has disappeared, the two single men decide to parent the kid as a family. The Taiwanese TV show originally premiered in March 2013 and has a whopping 73 episodes. Taiwanese actors Weber Yang and Lin You-Wei play important titular roles.

Available on ALTBalaji and ZEE5

A raunchy dramedy, Who’s Your Daddy is a story about three generations and their comedy of errors. A curious young chap Tidda, questions his father Soggy, about his mother. Soggy then takes a ride down memory lane to his youth and narrates about Mahek, a woman he loved, and Prem Singh, Soggy’s father, a sought after man in his time. The first season has 12 episodes and features Rahul Dev, Harsh Beniwal, Nitin Bhambri, and Anveshi Jain.

Final Fantasy XIV Dad of Light is a story about a father-son bond blossoming through an online game. Akio Inaba rekindles his emotional attachment with his distant father Hirotaro while playing an online game, which soon expands into both of their real lives. It is a slice of life Japanese mini series with an 8-episode season. The web series stars Yudai Chiba and Ten Osugi in the main roles.

2. Jack Whitehall: Travels with My Father

A travel comedy docu-series, Jack Whitehall: Travels With My Father is a series of silly and humorous situations faced by comedian Jack Whitehall and his dad, while they set out on a trip across the world. Encompassing three seasons, in three different parts of the world – South East Asia, Eastern Europe and American West, the hilarious series sets out to capture the awkward moments that the duo experiences in their travels, which will surely tickle your funny bone.

The month of June is incomplete without Pride and Father’s Day. As titled, Out with Dad is a story revolving around Rose, a lesbian teenager, and her struggles in the process of coming out to her dad. Initially started in 2010, and concluded in 2017, this Canadian web series combined the different aspects of teenage sexualities and single parenthood. Starring Kate Conway and Will Conlon (later Jonathan Robbins), the 5-season web series is also available for watching on its official website.