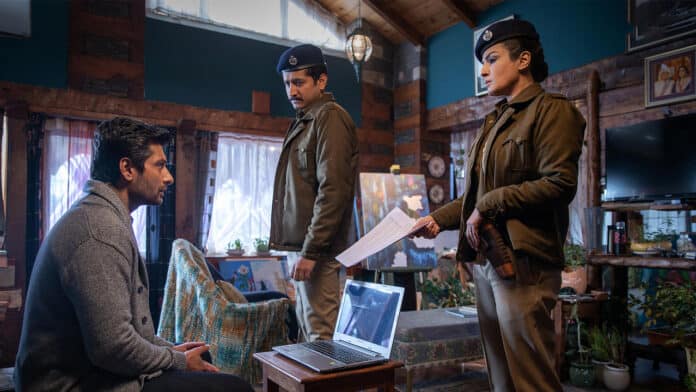 Netflix is ready to bring us the “Universe of Irresistible Indian Stories” as it announced its 2021 content slate consisting of 15 web series, including some new seasons of its most loved shows.

The streaming giant has given its Indian audience various binge-worthy originals and it continues to do so with the reveal of these new originals.

A determined, local cop, Kasturi Dogra, is joined by her city-bred replacement Angad, to search for a young foreigner tourist who mysteriously disappears in a Himalayan town. The investigations lead up to the discovery of ancient myths and a fatal entity within the depths of the forest.

Set in Bombay, this Netflix original series follows five women who strive hard to discover themselves as they battle with desire, ethics, personal crises, and vulnerabilities to fulfil their ambitions. Their uncertain journeys clasp them in a unique bond of understanding and care.

Arya Iyer is a pulp fiction writer in India who suffers from chronic objectivity, extreme clarity and the capability to see what commonly people oversee. He is part of a failed marriage for his little daughter’s sake. To make things worse, he also has an enemy, Chetan Bhagat, a successful celebrity writer. Netflix’s ‘Decoupled’ is an uncompromising comedy about marriage, people, career, and India.

“Love on the run. On a guitar strum. At a protest. With a house guest. Cupid strikes in unexpected ways.” Netflix’s ‘Feels like Ishq’ is an anthology of seven warm and breezy tales about the coming together of young love that is sure to tug at your heartstrings.

This is a story of a global superstar, wife, and mother, who mysteriously vanishes without a clue. The police and her loved ones are in search of her which leads to the discovery of a façade, encapsulating hidden truths and lies.

Sheel, a 47-year-old wife-and-mother, lands herself in a web of white-collar crime and dirty politics after a tragedy which changes her life completely. Her world soon transforms into an extremely violent and dangerous one and she must pull all the strings to survive.

The revolutionary film maker, Satyajit Ray, has been immortalised as one of the country’s most prolific short story writers. Netflix, in a brand new anthology, is set to bring forth four of his dynamic, gripping and thrilling tales to audience.

A romantic simpleton finds himself in the middle of an unfortunate crossfire when the villain’s daughter falls in love with him. However, he doesn’t feel the same way and has his eyes set on someone else. Netflix’s ‘Yeh Kaali Kaali Ankhein’ is his adventure to get out of this situation alive in a scenario that is fuelled by money, power, and love.

Post a critically acclaimed first season that unravelled Delhi’s heinous rape crime, Vartika Chaturvedi and her team return to solve a new and dangerous case that brings forth relentless challenges.

Phishing and politics surround Jamtara as Sunny and Gudiya are back to avenge their past. Dangerous new characters enter the mix and its anyone’s game at this point.

Netflix has picked up the beloved TVF engineering drama for its sequel outing. Continuing on where the previous season left off, the melancholic life of students preparing for competitive exams will get fresh chapters. What will Vaibhav’s future look like? Will he leave behind Jeetu Bhaiya, his friends and his love interest?

Netflix brings you Dice Media’s one of the most popular hit series, ‘Little Things’ for its fourth outing. The next chapter of Dhruv and Kavya’s cute little world will test their maturing love and relationship adventures as they complete six years of togetherness.

The unique fictional reality series, encompassing real life mother-daughter duo — Neena and Masaba Gupta — is back. This time around, the target is world domination and the women are prepped for it. Masaba steps in front of the camera and Neena goes behind it. Their journey is faced with “new loves, old loves, and some impossible loves”. However, the duo takes all that comes their way in their stride.

The blossoming chemistry of Dimple and Rishi will bring the mismatched couple back with Season 2. Considering where the first season ended, there is a need for a lot of explanations and closure. With Dimple losing her app and Rishi losing all his faith in love, the duo is forced to come together and face the complicated mess they created.

Bhumi’s world ends up in mayhem as she has to make a choice between police or crime, while Nayak unravels his plans and intentions. Having sworn her loyalty to the drug lord in the previous season, her choices may define what her future holds as she further explores her newfound sexual prowess.