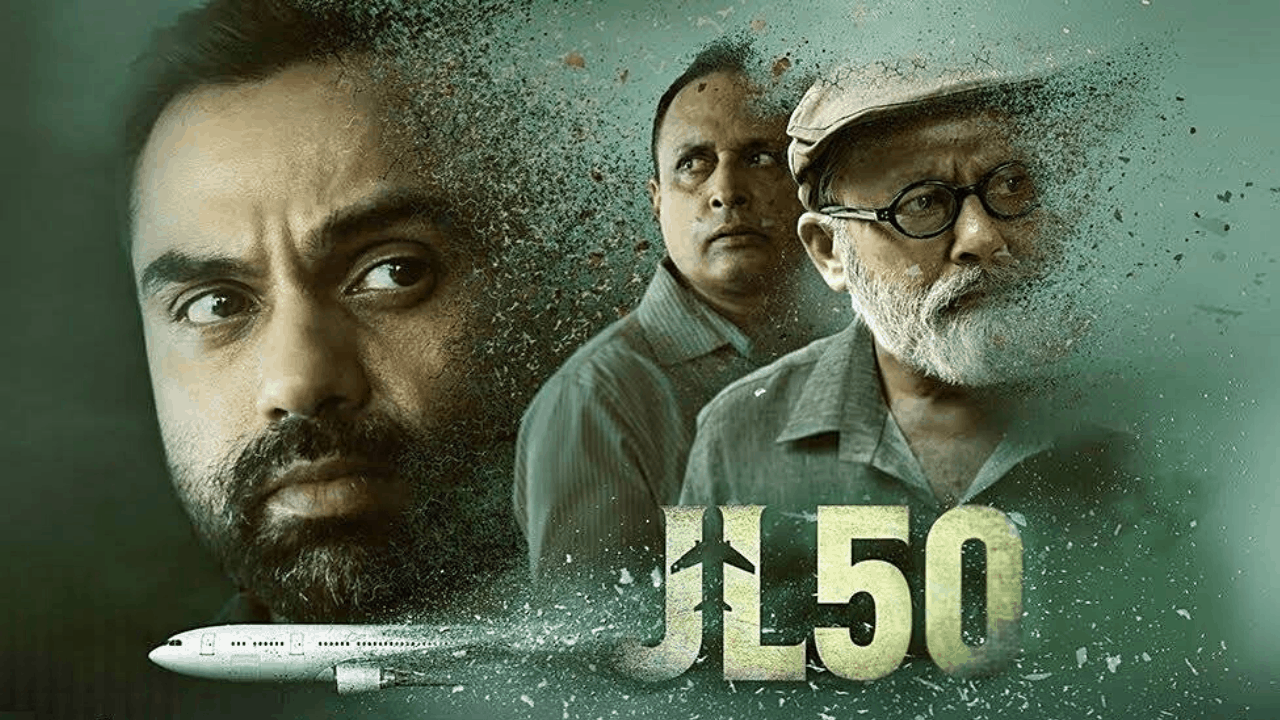 JL50 is the first-of-its-kind, genre-bending web series to have debuted on the Indian scene. Not only is it a science fiction that includes the concepts of time travel and space-time continuum but, it also involves Indian history and a suspenseful as well as captivating investigative narrative.

Now, whether the concepts stated above have been turned into plot points or not is for you to watch the web series and find out for yourself. But you have been warned that there may be spoilers below.

While there have been a number of sci-fi movies and television shows before this, not one comes to mind which is either not comic or analyses the geeky side of things. JL50 is a Hindi-language web series that released on September 4, 2020, on Sony Liv. It consists of four episodes with an approximate runtime of 30 minutes each.

One has to wonder then, as to what the creators of such show think about the viewer base. Do they believe that we won’t be able to grasp or would lose interest if they were to throw some technical facts at us?

JL50 is a show that finely balances all these aspects and then some. While the viewers have evolved nowadays and demand challenging content, the creators have to keep in mind the Indian demographic as well.

Science fiction in India: A Sketch

Okay, go on and have a hearty laugh.

Because as soon as you type ‘science fiction’ on Google, what you see is an impressive line-up of books from the science fiction genre followed by its definition. But, not a single one is Indian. All the titles are by British, American, or European authors.

Next in line are the movies and television shows, which again are dominated by the western media. Out of all the listed “Indian science fiction films”, only a few of the mainstream ones stand out. Like the 1987 film Mr India which is a superhero flick and remains a cult classic. The other one being the 2003 film Koi… Mil Gaya which, let’s be honest, felt more like a musical at times.

There is no doubt about the greatness of the above two movies, but good sci-fi has always been few and far between in the Indian cine-scape. The last one that comes to mind is PK, a 2014 Indian satirical comedy-drama in which comedy took the centre stage.

Among television shows, there are superhero ones, situational comedies, or the ones that have been adapted from the western shows. Does JL50 manage to rise above all that?

JL50 has been categorised into four chapters: The Crash, The Conspiracy, The Unfolding, and The Other Plan. So, does this show manage to crash into your heart?

The trailer seemed promising enough, in league with popular American television dramas like Lost and Manifest. But when you watch the web series what comes out is that more than action and adventure, JL50 is narrative-oriented. There is a solid story, well-grounded in the facts of science, combined with fiction relative to the science.

This results in content that not only provides entertainment but also makes us question reality as we see it. The web series gives off quite the noir vibes, suspenseful throughout with the characters surprising us constantly.

Conspiratorial mother-and-daughter-in-law shows rule the roost, still, on Indian television. And if not that, then there are many shows as well as web series where romance is an important part of the narrative. A major reason for this is budget constraints.

It is much easier to produce a realistic web series than spend a huge amount on CGI or VFX. Not like there have been many great examples of big-spending generating bigger revenue. Remember the crocodile fight in Mohenjo Daro or the bullfight in Kalank.

That is where JL50 works wonders. It doesn’t let its low budget hinder its storytelling. Shailender Vyas has come up with a crisp narrative to keep the viewers hooked without using any over-the-top special effects. Instead of showing all the “how’s”, an aura of mystery has been maintained throughout the web series.

Something that is revealed in the first half of the first episode itself is the stellar cast that is a major plus point of JL50. An underrated actor who has given a number of meaningful performances till date (Abhay Deol) and a national-award-winning actor with a long list of critically-acclaimed roles (Pankaj Kapur) steer the web series.

Accompanying them are one of the best character actors that India has recently seen (Rajesh Sharma) and a theatre actor who wears different hats and wears them well (Piyush Mishra), along with actor and producer Ritika Anand. The characters are what moves the narrative forward smoothly.

Chapter 4: The Other Plan

The final instance that makes JL50 an outstanding web series is that it kept the technical aspects simple. Rather than dumbing down, what it went with at first was that a plane landing 35 years after it took off was a setup. Somebody playing a prank.

Later on, when it was time for science to intervene, the theories of time travel and space-time continuum are explained by a professor of quantum physics in straightforward terms. Pankaj Kapur’s Professor Das is reminiscent of our school teachers explaining tough concepts in a simple manner, which is usually the case in many schools in India due to the lack of proper infrastructure.

While the opinion is still divided about how the content creators perceive their audience, there is a kernel of truth which is also expressed in the words of Professor Das. That in India; religion, politics, superstition, and miracles are above everything and how that is the main reason that we don’t progress in spite of having brilliant minds.

Can we hope for another take-off?

Much on the lines of Timeless, another American television sci-fi series that warns about (and demonstrates) the disastrous effects of meddling with time, this one ends on a jarring note. Even though the narrative threads are all tied together seamlessly at the end.

Can we hope then that JL50 turns the tide for the sci-fi genre in India? With not only the audience but more content creators embracing such web series which are high on narrative instead of action. Especially with the emergence of popular science fiction books by authors like Samit Basu, Manjula Padmanabhan, Varun Sayal, Christopher C. Doyle, and many others.

Why not adopt the tried-and-tested formula of our counterparts of the west by adapting some phenomenal books into mind-bending web series and movies?

So, are you ready to board JL50? Because it did end on a cliff-hanger.

Also read: Who is Enola Holmes? Where did the Netflix character come from?