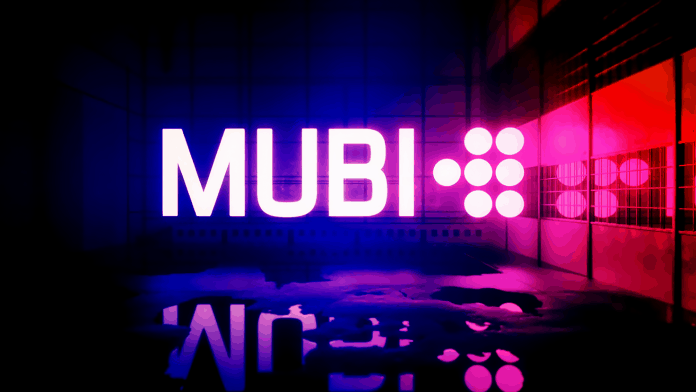 Last month brought the escalation of Coronavirus, Valentine’s Day, the Academy Awards, and another rich selection of offerings from MUBI’s streaming service. Curated categories included an “AWARDS SEASON”, further entries into “FOR EVER GODARD: A RETROSPECTIVE” and “THE INNER DEMONS OF INGMAR BERGMAN”, films from past editions of the Berlin film festival (to coincide with this year’s), and contemporary classics from auteurs such as Wong Kar Wai and Bong Joon-Ho.

Subsequently, it’s even more difficult to isolate highlights than in January. Here goes…

February saw a surge in global interest in Korean cinema, largely thanks to the surprise ‘Best Picture’ win by Bong’s brilliant, game-changing Parasite. MUBI’s crystal ball meant it already had a ‘DOUBLE BILL’ lined up, made up of third and fourth features The Host and Mother. The latter is a continuation of the bleak detective storytelling begun with 2003’s Memories of Murder; the former is his strongest case for a companion piece to Parasite.

An appropriate watch for the current quarantine crisis, The Host is Bong’s bizarre, politicised monster movie. Park Gang-Doo (played by Song Kang-Ho) is at its centre, but the narrative often opens up to other characters in its ensemble, rendering nobody inconsequential and everybody interesting. Racing against time to save his daughter from the creature wreaking havoc (after washing up in Seoul’s Han River), Park’s efforts are paralleled by the Korean government’s to control the mass hysteria.

It culminates with a sequence as horrifying as the bloodbath birthday party in Parasite. This film was an important steppingstone for the marriage of absurdist humour and anti-authoritarian social commentary carried into Bong’s later work – it’s well worth visiting for anybody late to join the #Bonghive.

With Dark Waters hitting cinemas two weeks ago – a terrific, deceptively composed tale of the real-life DuPont corporation scandal – now is as good a time as any to familiarise oneself with Haynes’ eclectic back catalogue. His CV boasts the gorgeous Carol, fascinating biopic experiment I’m Not There, likeable music misfire Velvet Goldmine, and a multiple Emmy winning adaptation of Mildred Pierce… but perhaps the best of the bunch is the subdued, atmospheric Safe, starring Haynes regular Julianne Moore.

Moore’s Carol White underpins an unsettling domestic thriller thriving in the space between the idea of something and its concrete reality. To the scepticism of family and friends around her, Carol begins to suffer from Multiple Chemical Sensitivity. Her condition deteriorates, disrupting both her private and public spheres – a panic attack at a baby shower, a nosebleed at a hair salon – resulting in relocation to an eerie desert community for people suffering from environmental disease.

Haynes’ subject is as peculiar as the aesthetic he attaches to it, anchored by an incredible early performance from Moore. Likely boosted by her strong turn here, the next three years saw her work with Steven Spielberg, Paul Thomas Anderson and the Coen brothers.

Nominated for the “Best Foreign Language Film” at the 90th Academy Awards, Enyedi’s Hungarian language drama can best be described as a Black Mirror conceit drenched in deadpan, with the life and fun completely drained. Its premise is simple: a CFO of a slaughterhouse and the newly appointed meat quality inspector discover they can communicate with each other through their dreams, so pursue the kind of conditioned romantic relationship expected of this familiar framework.

Géza Morcsányi’s Endre is as robotic as Alexandra Borbély’s Mária – naturally, the film around them is minimalist, clinical and actively slow-paced. Its trajectory is devoted to the offbeat social interactions of the couple, both with one another and the other slaughterhouse workers. A shocking dramatic turn creeps up from nowhere, before u-turning as the film provides an oddly affecting endnote that subverts the idea of relationship longevity. If nothing else, give it a watch for the unforgettable use of a Laura Marling musical refrain.

A fellow foreign-language Oscar nominee from recent years, the AWARDS SEASON selection Son of Saul not only did one better by winning the award, it was also one of the rare occasions this happened for a debut film. Nemes’ uncompromising Holocaust tale is set in 1944 Auschwitz, following a day and a half in the life of its eponymous central character: a Hungarian member of the Sonderkommando. The action plays out almost entirely from the waist up, becoming an intense cinematic recreation as close to authenticity as narrative filmmaking on the subject has ever been.

A stylistic departure from the approach of Schindler’s List or The Pianist, Nemes’ drama plays out in hushed whispers or lost in translation. Saul navigates a world built on half-conversations and frantic meetings out of the sight/earshot of Nazi guards.

The film becomes a testament to communal resistance, but also individualistic spirit: Saul’s desperate attempt to find a rabbi and bury the body of a child he mistook for his son offers renewed purpose in the most hopeless situation thinkable. He risks his life for a self-appointed task he prioritises over the escape plans forming amongst prisoners around him. Son of Saul is a fraught, difficult, emotionally taxing watch; but it’s an essential one.

Like January’s, this list isn’t exhaustive. Also appearing in February on Mubi were the Luca Guadagnino short The Staggering Girl; a South African remake of Rear Window (re-titled Number 37); Spike Lee’s tense, inflammatory Clockers; and the pair of sumptuous Wong Kar Wai films In the Mood for Love and 2046.

March, meanwhile, sees Park Chan-Wook’s “Vengeance Trilogy” appear in instalments – as well as the mesmeric Claire Denis film High Life. The sci-fi/horror hybrid is written at the intersection of artificial insemination, sexual violence, and an empathetic father-daughter relationship. It’s as beguiling as it sounds, but also rich, compelling, and Screenwriting 101.

Also Read: MUBI: What it’s all about & January highlights