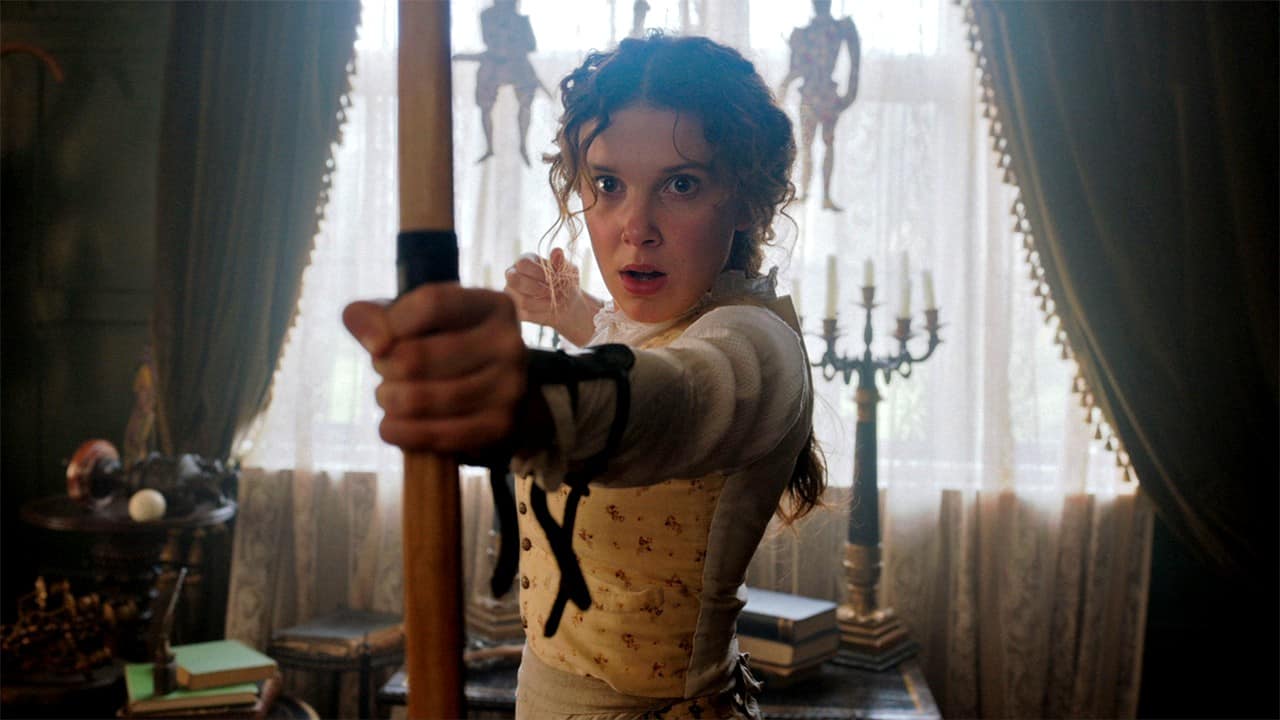 Home Features Who is Enola Holmes? Where did the Netflix character come from?

The years have provided us with several on-screen renditions of the 221B Baker Street detective with some of the most prominent names in the mix, be it the era-specific Robert Downey Jr. or the modern-day Benedict Cumberbatch. Now it’s time for his teenage sister to take over.

Set to premiere on September 23, Netflix’s much-awaited Enola Holmes will focus on Sherlock and Mycroft Holmes’ younger sister, Enola. The film is based on Nancy Springer’s book series, The Enola Holmes Mysteries, which tweaks Sir Arthur Conan Doyle’s genre-defining work to suit the perspective of a rebellious, animated fourteen-year-old. Not only do we get a new addition to the Holmes family, but for the first time, the observational maestro, Sherlock Holmes, will be seen as a secondary character.

The question still remains: Who is Enola Holmes and what do we know about her?

The Origin Story: Where it all began

A series that almost didn’t come to be. The fantastical journey of Enola Holmes began on a rather mundane note.

In an interview with Buzzy Mag, the author Nancy Springer confessed that the beloved book series was the product of a “backing-in process”, as her editor had asked her to come up with a story set in the Victorian London of Jack the Ripper and dim alleys. Finding herself in a domain outside her niche, Springer had almost declined. That is till she found her story.

Having spent her childhood in the speculative company of Sherlock Holmes, the answer came to her quite naturally: in the subversive fourteen-year-old sister of the infamous detective of Scotland Yard, outwitting her brothers every chance she gets; and so Enola was born.

Though Springer has admitted that Enola as a character proved to be a challenging one, she enjoyed the process nonetheless.

“…while Doyle was a very good writer, he was also quite a misogynist. Occasionally and with difficulty, he represents women positively, but much more often he has Holmes dismiss them as hopelessly vapid, hysterical and illogical. I exploited with glee Sherlock’s complete ignorance of the feminine sphere of Victorian society,” the writer said in an interview.

The first book in the six-part series, The Case of The Missing Marquess came out in 2006, making The Case of the Gypsy Goodbye the final book, published in 2010.

Named after a small town in Pennsylvania, Enola is “alone” spelled backwards, which is surprising as she has always been together with her mother.

The youngest of the Holmes siblings, Enola is equally matched in sleuthing capacity when it comes to her brothers. Deserted by her mother (Eudora Holmes) at the age of fourteen, she begins her journey as a self-professed detective and runs a business under the pseudonym of “Dr. Leslie T Ragostin”, while searching for her mother. She often uses disguises to solve mysteries and relies heavily on her sketches for the details.

Though her brother Mycroft intends for her to uphold the victorian societal norms and finish school, she has different plans. Enola is not one to be subdued. She runs away from home to pursue individual autonomy and is supported by Sherlock, who acts as her hidden ally from within the shadows.

The Netflix Film: What can we expect?

Netflix’s iteration of The Enola Holmes Mysteries will borrow largely from the first in the series, The Case of the Missing Marquess.

Brown’s Enola is a wild child with no gloves, lacking in embroidery skills, and rich with Fleabag-esque asides. Though she has no knowledge of the code of conduct native to the Victorian society, she is well versed in the martial arts and has a knack for astute observation. She openly flouts societal norms and conventional stereotypes associated with women, and yet in order to disguise herself from her brothers she must be the one thing they’ll never expect: a lady.

Brown is known for her commendable performance as Eleven on the award-winning Netflix web series, Stranger Things. The independent spirit as demonstrated by Eleven will be seen manifested yet again in Enola, providing a strong female protagonist, to the young audience, who plays by her own rules.

In a twist of fate, to say the least, The Conan Doyle Estate has launched a lawsuit against Netflix, Springer, and Penguin Random House over copyright infringement which has largely to do with the character of Sherlock. Ironic? We think so.

According to The Verge, a large section of Doyle’s written works fall under the public domain and hence aren’t subject to copyright. However, the last 10 stories remain protected by copyright and are owned by the Doyle Estate.

The Estate claims that Springer’s Enola Holmes and therefore by extension the upcoming film, have details specific to the 10 stories. Sherlock’s kind and warm character as seen in the official trailer for the film is not accessible through the books that fall under the public domain and betrays his previously understood aloof and stoic disposition.

Despite the ongoing proceedings Netflix has continued with consistent promotion of the film. Therefore, we can expect the release to happen as per schedule.

Till then, mark your calendars for September 23 and check out the latest trailer released by Netflix: